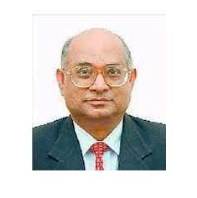 PK Choudhury to Retire from ICRA, Board Names Arun Duggal as Chairman Designate

At its meeting on December 4, the Board accepted Mr. Choudhury’s retirement and elected Arun Duggal as nonexecutive Chairman of ICRA Ltd, effective upon Mr. Choudhury’s resignation. Mr. Duggal is currently an Independent Director of ICRA, Ltd.

Mr. Choudhury has been with ICRA for 24 years in a variety of positions.  He has contributed greatly to the company’s success and growth. Mr. Choudhury holds a Bachelor’s and a Master’s Degree in Commerce from the University of Calcutta. He is a Chartered Accountant from The Institute of Chartered Accountants of India and also holds a Post-Graduate Diploma in Advanced

Financial Management from the Maastricht School of Management, The Netherlands. Besides, Mr. Choudhury is a C.A.I.B. from The Institute of Bankers, London, and a C.A.I.I.B. from the Indian Institute of Bankers. With a professional experience of over 40 years now, Mr. Choudhury has, prior to joining ICRA, worked in the manufacturing industry, commercial banking, development banking, and merchant banking sectors.

al served for over 25 years with Bank of America in the U.S., Hong Kong and Japan, including as Chief Executive of Bank of America in India from 1998 to 2001. He is on the board of various Indian and international companies and is involved in several initiatives in social and education sectors, including Transparency International and The Federation of Indian Chambers of Commerce and Industry’s (FICCI) Centre for Corporate Governance. He is also a Visiting Professor at the Indian Institute of Management, Ahmedabad.  Mr. Duggal holds a degree in Mechanical Engineering from the Indian Institute of Technology (IIT), Delhi, and an MBA from the Indian Institute of Management, Ahmedabad.

Moody’s has recently acquired a majority interest in ICRA.