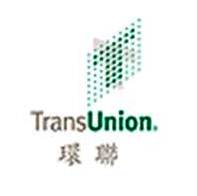 Knowing identity theft facts, it’s critical that you protect your personal information. Using a paper shredder can be a powerful tool for safeguarding against personal information and pre-approved credit offers ending up in the wrong people’s hands.

If you notice signs of identity theft, the first step is to get all the facts about the damages. Then, contact any creditors or financial institutions immediately. If the theft is serious, contact the police and file a report. Signing up for a credit monitoring service that informs you of changes to your credit report is a great way to become aware of fraudulent charges and of ensuring the fraud does not escalate.