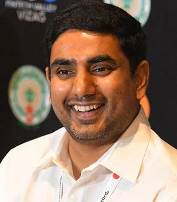 Andhra Pradesh Minister for IT, Panchayat Raj, and Rural Development N. Lokesh said recently the government would shortly introduce credit rating of farmers to ensure easy flow of funds.Addressing a press conference after inaugurating the Andhra Pradesh Cybersecurity Summit, he said the reason for credit rating was to put a stop to exploitation of farmers by money-lenders.  Very soon, farmers would have credit rating like CIBIL.

Mr. Lokesh said the State government had signed an MoU with Mastercard six months ago to facilitate the credit rating process. The MoU envisaged collaborating with the government, streamlining digital payments in smart cities, using cybersecurity and encouraging fintech startups.

The Minister said, after bifurcation, 99.6% of the IT sector remained part of Hyderabad.  As a result, Andhra Pradesh was building the sector from the scratch. “The State is ahead of others in using blockchain technology, Artificial Intelligence, machine learning, big data, and cybersecurity,” Lokesh claimed.

Mr. Lokesh said they had created 12,000 jobs in the IT sector during 2017-18. Since the formation of the State, 22,000 jobs had been created. He said the government stood by its commitment to create one lakh jobs by 2019, as MoUs signed with various companies were materializing at 60 to 70%. To a question, he said A.P. had become number one in the India BPO Scheme introduced by the Software Technology Parks of India.