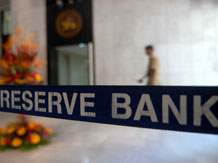 The Reserve Bank of India flagged the rapid proliferation of frauds in the banking space over the last five years marking out a 19% increase in the number of fraudulent incidents and 72% increase in the value of the amount lost in the attacks. Around 86% of the frauds reported in 2016-17 was in the space of various credit accounts, said RBI.

Holding the banks squarely responsible for such frauds, the regulator said that unlike macro economic risks on lending business of banks, frauds happen due to gaps in credit underwriting standards of banks.

“Some of the gaps are liberal cash flow projection at the proposal stage, lack of monitoring of cash flows, overvaluation, diversion of funds…,” said the RBI.

While highlighting the fact that digital payments have shown promising growth post demonetisation, the two biggest risks that the RBI found to the digitisation process emanates from a lot of people using digital payments without being aware of the risks involved and the risk banks face from third party technology vendors.

RBI has highlighted three major effects of a cyber attack, disruption of operations of a financial firm, fall of confidence in markets and damage the integrity of key data.