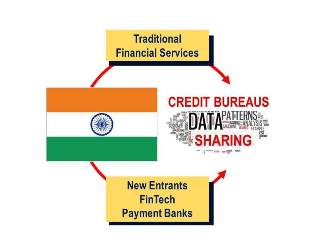 Ahead of the launch of payments banks, Indian credit bureaus (CICs) have urged the Reserve Bank of India (RBI) to ensure these new entrants in the banking space become members of credit bureaus and share data on performance of transactions.

“Payments banks will not be into lending, but the transactions which they undertake will help understand borrowers. Therefore, we have requested the RBI to make them our members,” Experian Credit Information Company Managing Director Mohan Jayaraman told PTI.  He said RBI has been receptive to the idea and has shown its willingness for the demand, but the changes cannot happen overnight as it will require amendments to the Credit Information Companies (Regulation) Act.

Jayaraman further said even though payments banks will not be lending themselves, the data they share will help analyse borrower behaviour in a better way and will help the broader banking system. “These are banks finally and it is for the benefit of the system,” he added.  Harshala Chandorkar, Chief Operating Officer at Cibil, the country’s largest CIC, also confirmed the companies have spoken to RBI about the need to include payments banks as members.

Stating that the talks are in the initial stages, she said such an eventuality would be a “win-win” for both CICs as well as payments banks, which can use some of their solutions on the customer acquisition front.

Jayaraman elaborated that the issue was discussed with the regulator during a recent meeting.  CICs keep data on borrowing and debt servicing, and have been credited for lessening the asset quality pain especially in the retail segment which is becoming the mainstay for fresh credit now.

RBI gave in-principle nod to 11 aspirants to set up payments banks last August. While some like Tech Mahindra and Cholamandalam have since opted out, some like Airtel have received the final approvals.

Others in the fray include corporate giants like Reliance Industries, Aditya Birla Group, PayTM etc. Many of them are already existing non-banking lenders or have tied up with banks, which are members of CICs. Apart from that, the other common theme is that many of them are telecom companies.

Jayaraman said the talks of getting the telecom players to be members of CICs are still on and the decision has to be taken by the telecom department and the sectoral regulator Trai. Similarly, with insurance as well, the ball lies in regulator Irdai’s court, he said.  It can be noted that getting telecom and insurance transactions, apart from utility payments, is among the prime issues raised by the industry in the past.