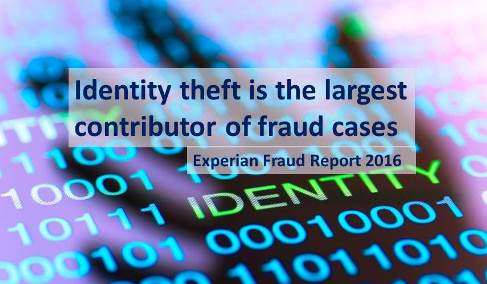 Globally, there is a rising incidence of fraud, with current accounts and credit cards being the fraudster’s favourites.  In India, identity theft is the largest contributor of fraud cases with financial products of auto loans, mortgage loans and credit cards showing the highest incidence.

What are the common fraudulent practices faced by customers in India ?

As more consumers access and apply for financial products across multiple channels, including online and mobile, fraudulent methods also continue to evolve. According to Experian Fraud Report 2016 (India), identity theft is the largest contributor of fraud cases, comprising 77 per cent of overall cases in Q1 2015. Among retail financial products, consumer loans continue to have the highest incidence rate of frauds. The incidence of fraudulent cases for consumer loans has risen from 219 per 10,000 fraud cases in Q1 2014 to 265 cases per 10,000 in Q1 2015. After consumer loans, credit card is the second-most targeted product by fraudsters, represented by an increase from 65 frauds detected per 10,000 cases in Q1 2014 to 75 cases per 10,000 in Q1 2015. How can consumers protect themselves from fraudulent transactions?

If an individual is a victim of identity theft/fraud, the same must be reported to the authorities concerned. Consumers should intimate the bank of the possible discrepancies or identity theft that has taken place and report the same to the credit bureau.

To guard against being a victim of identity fraud, an individual should constantly monitor his or her credit report, as it lists one’s credit accounts — what one owes — making it easier to spot applications and spending that have been conducted by a fraudster.

Always destroy documents that contain personal information before throwing them away. Never respond to cold phone calls or e-mails asking for account details, PINs, passwords or personal information. Do not give too much information on networking websites. Also, do not store account names and passwords on your smartphone, either in email, as a note, or to ‘auto complete’ when you open a website or an app.

How is the incidence of frauds in India versus the rest of the world?

What measures are being taken in India to protect consumers from frauds?

The move by the RBI to introduce the free credit report in India is a positive step for the consumers. Akin to other markets, we believe that it will represent the next level in the Indian consumer’s awareness and involvement in their individual credit information.

What are the steps being taken by the regulator to minimise or detect frauds?

India has started building on a fraud monitoring/detection framework by learning from developed countries, where the occurrence of fraud is much greater than in India. We firmly believe that the policies and structures set up by the RBI have been progressive and ahead of the curve.

One of the best examples is the two-step verification set up for card transactions that has helped reduced frauds arising from cards. Due to the rising incidences of frauds, the central bank has also made it mandatory for all banks and financial institutions to immediately report any breach of security to improve the quality and efficiency of monitoring frauds. We

believe that this step will go a long way in ushering in risk mitigation measures within the BFSI industry.