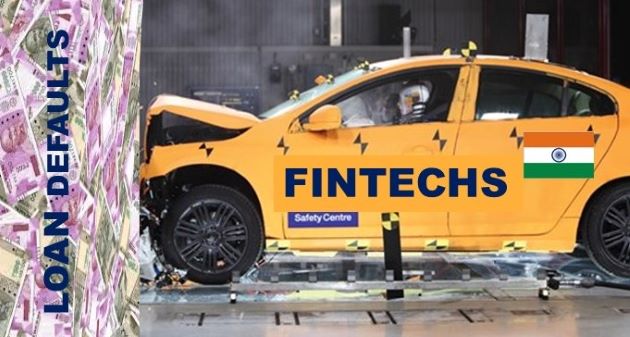 Bounce rates at fintech lenders have nearly tripled in April, in an early indication of financial stress among consumers and small businesses.

The trend is worrying at a time when job losses and disruptions to cash flow are likely to set off defaults, shrink demand for credit and sober valuations for most fintech players. It also comes amid concerns over capital raising due to the government’s clampdown on venture capital from China and Mauritius.

Bounce rates refer to loans not repaid on time. It is a metric that gauges incipient stress in a loan portfolio. Bounce rates need not turn into defaults though. Customers who miss repayment deadlines can still pay within 90 days although with a penalty. The bounce rate does not include repayment deferment taken under moratorium. At Bajaj Finance, the bounce rate spiked to 35% in April from 12% in the March quarter, regulatory disclosures showed.

For Capital Float, the bounce rates for consumer loans doubled, while it tripled for micro, medium and small enterprises in April, against 12-14% before the Covid-19 pandemic. Earlysalary, a payday finance company that gives loans to salaried customers, saw bounce rates double to 24% last month.

The bounce rates were, on average, around 10% before the crisis but have risen to 30-40% for the sector, industry insiders told ET.

“Most unsecured portfolios will be under stress. Fintechs are mainly catering to unsecured personal finance,” Jitendra Gupta, CEO of digital banking firm Jupiter, said.  “Unsecured lending to the SME sector will be under stress, as most businesses are facing cash flow issues. Capital raising will also become a big challenge for lending fintech companies and NBFCs and both debt and equity raising will take significant hits,” he added.

The sector is also bracing for large-scale defaults as thousands of borrowers have left cities for their hometowns amid a lack of employment opportunity. Thousands more have lost jobs with no income to repay loans, while those with liquidity are inclined towards conserving cash.

“Our collection data has indicated that about 22-23% of our customers have returned to their native place,” said Ashish Mehrotra, CEO of Earlysalary. “All our customers are salaried. We believe that the credit profiles of self-employed would be the worst hit.”

Lenders that had given loans to small businesses shuttered over the lockdown period are worse off, since nearly 40% of such borrowers have availed of the three-month moratorium, choking repayment flow.

“Borrowers in industries such as aviation, auto and hospitality have been impacted as supply chains and ancillary units are completely shut,” said a top executive at a fintech that lends to MSMEs. “Even when the moratorium is lifted, very few borrowers may immediately be able to repay.”

Industry participants said lending startups have not received moratorium benefit from banks or relief capital sanctioned by regulators. This is contracting assets under management due to provisioning for potential default, reducing profits and elevating cost of debt, thereby triggering a large-scale asset-liability mismatch, industry experts said.

“While the government has announced another Rs 30,000 crore worth of relief package for NBFCs, how this will be distributed among smaller NBFCs desperate for sustenance capital is unclear,” said the top executive of a leading fintech platform.

Earlier this month, the RBI had announced a special Rs 50,000 crore window specifically focused on NBFCs, of which 50% was reserved for small and mid-sized NBFCs and micro-finance institutions. This was done to ensure liquidity to entities facing difficulty in accessing the market.

In addition, a special refinancing facility of Rs 50,000 crore through Nabard, Sidbi and NHB was also announced, with emphasis on capital support for mid and small sized players.  However, most lending startups – deemed below-investment grade – were unable to access these funds as they have not been rated by credit rating agencies.