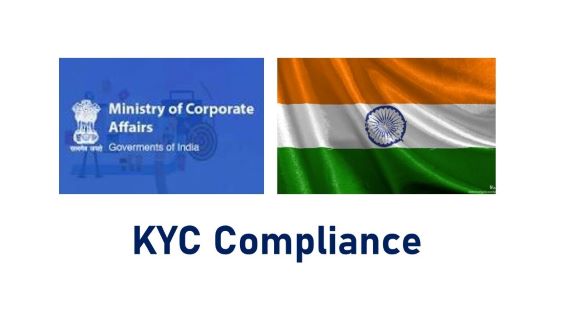 The Indian Ministry of Corporate Affairs (MCA) has given a window for non-compliant companies to update their KYC details, including that of directors, so that they can file financial and other information under the Companies Act without attracting penal action by various authorities including the taxman.

The move is aimed at breaking a deadlock as companies which haven’t furnished prescribed information of their directors and other KYC details have virtually been barred from updating their registration and accounting details with the Registrar of Companies.

Through the e-form INC-22A, or ACTIVE (Active Company Tagging Identities and Verification), the government wants to ensure that companies accurately file their details so that a proper check is maintained, and that creation of shell companies is tracked. The form records address of the registered office along with a photo, latitude and longitude of the place where the office is located, and enables geo-tagging.

Firms which had not filed the ACTIVE form were marked ‘ACTIVE non-compliant’ and are liable for action as per the Companies Act. Till the time a firm failed to file the form, the MCA did not record any changes relating to the company like changes in director, etc. Also, some firms were not in a position to file form INC-22A as the DIN of director was de-activated due to various reasons. Besides, some companies faced issues like non-compliance in annual filing and non-appointment of company secretary, which led to their non-filing. All these companies can now update the details, a senior official said.