India’s Business Information Gets a Boost 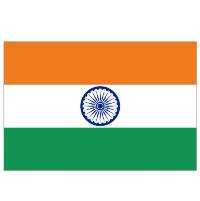 The Indian government has announced strict action will be taken against accountants who file incorrect financial records for businesses there.

Previously in India, the Ministry of Corporate Affairs let chartered accountants, cost accountants and company secretaries file self-certified businesses accounts, online. The sea-change in filing regulations is, in part, a consequence of the country’s new Companies Act broadly coming into effect from 1 April.  It contains several clauses to ensure factual company information is provided by corporates, when filing returns.

India’s Ministry of Corporate Affairs is additionally seeking to ensure the integrity of corporate financial filings by requesting all Regional Directors and Registrars of Companies to conduct enquiries into financial services professionals they have used, or currently employ, who have certified documents with false or misleading information in the past.

It warned it will take action against accountants where filings they have submitted omitted material facts, or were filed incomplete.  After an enquiry is started, accountants will have 15 days to provide a suitable explanation for any anomalies within their financial records, or face possible debarment from making any future filings, online.

The new rules mark a big shift in India’s corporate law regime by introducing new concepts like a one person company and class action suits, which were previously unrecognised, and establishes new benchmarks for corporate governance by outlining directors’ duties, demanding more stringent criteria for independent directors as well as broadening the definition of related parties.

They also widen regulations for foreign companies and cross border businesses controlled by Indian corporates, meaning the latter will now come under increased pressure of compliance.

Experts suggests the news rules are generally likely to improve the level of governance within corporate India, but warn it may take some time for stakeholders to familiarise themselves with its new requirements and implementation them correctly.

Adrian Ashurst, Worldbox CEO, said: “Indeed this is true that the New Companies Act has brought about sweeping changes in the Companies Bill bringing a lot of responsibilities and accountability on chartered accountants and other professionals. In my opinion, this is welcome move.”