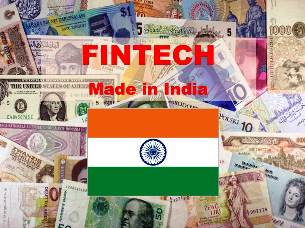 Mywish Marketplaces, one of the more mature startups in what is admittedly a very broad sector, has raised $15 million to push its financing business into new areas. This isn’t a huge round compared to what other companies have closed, but it is entirely strategic.

Mywish Marketplaces wants to expand into more verticals with new financing products for Indian consumers.  Another side to that is expanding the current reach of Deal4Loans.

The service is entirely online, but it relies on partnerships with banks and financial organizations for domestic reach in India, particularly as some areas are better serviced by regional or local players. As of now, Deal4Loans clams to be present in around 200 Indian cities.  According to the company the goal is to increase that to 350-400 through new partnerships and offerings.

Admitting that the company’s core product, a platform that tailors marketing messages and mediums to customers — i.e. learning more about them, suggesting services to them and finding them on various ‘touch points’ (ad placements) across the web — is highly scalable, thus Mywish Marketplaces may well venture outside of India in the future.

Neither party would confirm a valuation for the deal, but TechCrunch understands from a source close to the negotiations that the round values Mywish Marketplaces at $100 million.

Like Credit Karma in the U.S. and countless others worldwide, it works with banks, credit card companies and other financial institutes to help drive customers, while for its users, it tries to provide a holistic look at financing option and which one suits best for each case. The Deal4Loans site claims to have served more than 6.3 million “satisfied” customers, while the company says it has dispersed a total of $2 billion loans in the last six years at a current rate of $400-$450 million per year.