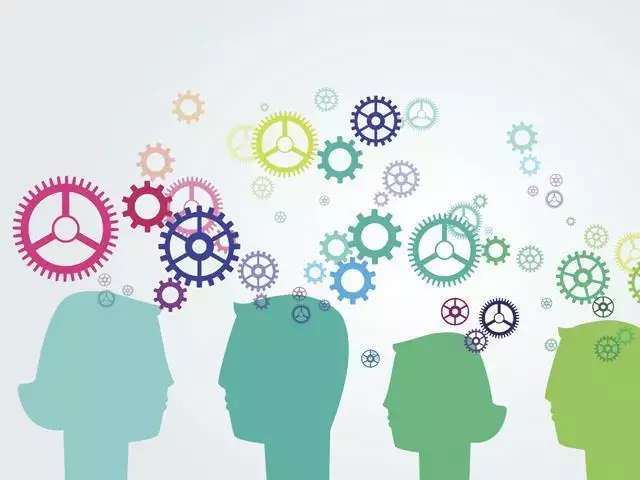 Nasscom survey says around 60% of all B2C companies are facing closure, with early and mid-stage businesses worst hit

India’s startup sector is bleeding due to business disruptions caused by the Covid-19 pandemic, with nine in 10 startups registering a decline in revenues and a little over a third halting operations temporarily or permanently, according to a survey by technology industry body Nasscom.   The worst hit segments are early and mid-stage businesses, especially in the business to consumer space.  Nasscom found that around 60% of all B2C startups were facing closure, two months into the nationwide lockdown that has so-far kept businesses shut.

The two month-long survey, which received responses from over 250 startups across sectors, found that 92% reported a decline in revenues. The report added that 40% of startups have either temporarily halted operations or are in the process of shutting down, with around 70% having cash reserves to last less than 3 months. 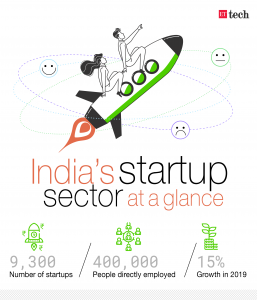 “To ensure that the Indian start-up movement and its growth trajectory is not derailed, coordinated support from key stakeholders is the need of the hour,” said Debjani Ghosh, President of Nasscom. “Some of our key recommendations to the government include access to working capital, easing compliances and fiscal policy and funding support.”

Over 70% of startups in the travel and tourism space have seen revenues decline by over 40%, while 50% of fin-tech and logistics businesses have seen a similar dip.  The only bright spots for the startup sector were seen in ed-tech with 14% businesses reporting an increase in revenue, while B2B startups seem to be facing lesser revenue drops.  However, the sector which now employees 400,000 people directly across 9,300 technology startups, is fighting back with 54% of respondents in the survey saying they were looking to pivot their businesses. 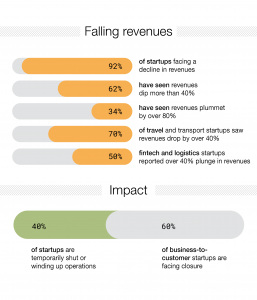 From servicing categories such as healthcare and edtech that are growing to increasing utilisation of technologies such as artificial intelligence, blockchain and Internet of Things, startups are looking at different ways to survive.

Nasscom’s report said startups were looking at the government for specific policy changes such as GST refunds, opening of government tenders to startups and waiving off customs duties and infrastructure costs. 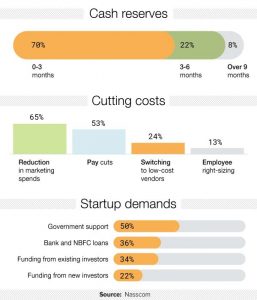 Moreover, 50% of the startups surveyed said they want partnerships with large companies and banks, and financial support in the form of access to loans and faster refunds, to help them tide over the current crisis.