Insiders Are the Cause of Most Healthcare Breaches 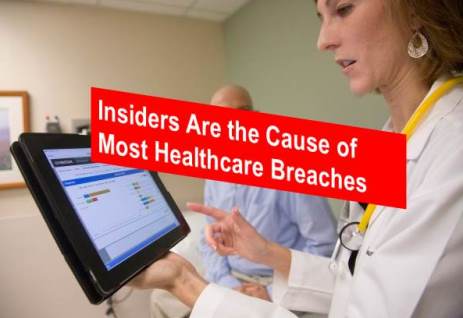 Ransomware and hacking incidents plagued 2016, and this year is no different, with the latest Protenus Breach Barometer midyear report finding that 2017 is on pace to exceed last year’s rate of one breach per day.

So far this year, the healthcare sector has reported 233 breach incidents to the US Department of Health and Human Services, state attorney generals and media.  More than 3.16 million patient records have been breached.

The report analyzed 193 of the incidents for which it had data. Breaches have remained steady in the last six months outside of June, which saw a spike with 52 incidents. And March saw the most patients affected, with 1,360,961 records breached.

“The healthcare sector will only stop being so vulnerable when the advances in data collection, sharing and analytics are matched with similar advances in our understanding of how to protect patient data,” said Protenus Cofounder and President Robert Lord.

“Healthcare has invested tens of billions of dollars in deploying systems to leverage data to improve patient outcomes, and appropriately so,” he continued. “But we still have massive problems with the abuse of that data and those systems.”

So what are the biggest threats plaguing healthcare in 2017? Insiders and hackers.

Hacking accounted for 75 breaches this year, with 1,684,904 patient records impacted. Malware and ransomware were specifically mentioned in 29 of these incidents, but the report found there were many additional incidents where malware was reported as hacking or an IT incident.

Officials expect more organisations to report ransomware attacks this year, as HHS updated its ransomware reporting requirements in Aug. 2016. The update places the burden of proof on the provider to demonstrate data remained inaccessible or weren’t exfiltrated.

Insiders are also remaining a constant challenge for healthcare, accounting for 96 incidents or 41 percent of data breaches this year so far. More than 1.17 million patient records were breached by insider error or wrongdoing.

Wrong-doing is rife to cause significant damage, as it’s rarely detected immediately. For example, Anthem reported this week an employee of its Medicare insurance coordination services vendor was stealing and misusing Medicaid member data from as early as July 2016. The breach wasn’t found until April.

Another issue plaguing the healthcare sector is that other types of external attacks have been underreported or unreported. Thousands of databases in all sectors have been wiped or the data were exfiltrated. The report found that only few of these were reported to HHS.

The FBI has also reported that these ‘ransacking’ incidents or targeted databases aren’t being reported.

“Healthcare executives, at a fundamental level, should stop thinking about security and privacy as a cost center and more as a strategic pillar of their organisation,” said Lord. We’ve continued to see increased awareness and incremental improvements, “but not the needed dramatic leap forward.”

To Lord, the leap will be driven by CISOs and Chief Privacy Officers, “dramatically increasing investment in these areas to match other industries and leveraging the use of advanced analytics to detect inappropriate uses of patient data.”

“A culture of trust, comprised of dual pillars of privacy and security, must come from the highest levels of the organisation.”