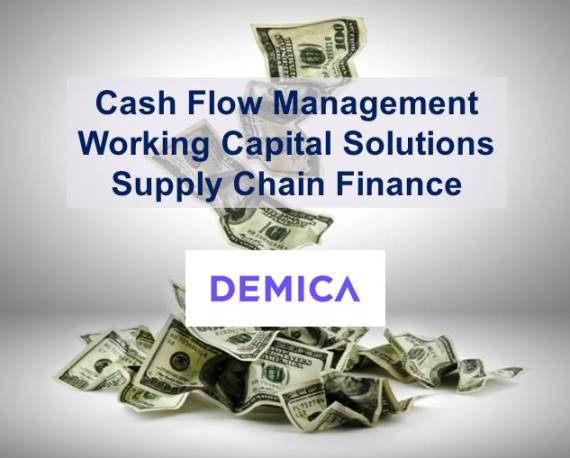 The IFC has also participated in Demica’s US$25mn second round financing, which will enable the company to further expand internationally, move into inventory finance and continue to invest in its technology and operations.  Additional investors in this round include Wyelands Capital, a member of the GFG Alliance, and involvement from the existing investors: JRJ Group, TOMS Capital and 76 West Holdings. Wyelands Capital also partnered with Demica earlier this year to provide inventory finance to global commodity producers and traders.

Demica expects the IFC’s investment to unlock as much as US$9.8bn in annual financing for suppliers and distributors in emerging markets – particularly SMEs – by 2022.   The new partnership has been 12 months in the making, Matt Wreford, Demica’s CEO, tells GTR. v“The IFC sees supply chain finance (SCF) as one of the pivotal ways to improve the development of emerging markets. The challenge for them is that they need a technology platform to support the SCF initiative,” he explains. “The starting point of this journey was them selecting Demica to be that platform provider. But it’s much more than that.”

Demica’s proprietary technology platform enables suppliers around the world to sell their receivables and optimise their cashflow by connecting them to large corporations and investors.

Wreford explains that while the IFC’s mandate is to fund emerging market suppliers, the partnership with Demica, a multi-funder platform, enables it to bring in mainstream banks to fund alongside the IFC in developed markets. This will afford large corporates a complete offering, which serves all their suppliers, regardless of jurisdiction.

“We can bring these two different types of investor together and deliver a complete solution that ensures all suppliers are funded. That was really important to the IFC, because this is the way to get those emerging market suppliers the capital they require to grow,” says Wreford.  Going forward, all SCF programmes initiated by the IFC will be run through Demica, so long as the client does not have a strong relationship with another platform. In return, Demica will approach the IFC with all transactions in its programmes that require funding for the emerging market suppliers.  “In effect we are now the preferred platform provider,” says Wreford.

He adds that the partnership has already generated a large pipeline of deals. “We have a number of transactions that they have brought to us that are working their way through the process, and vice versa.”

The partnership’s first transaction is expected to go live in January or February. It will be for an agricultural business whose suppliers are in Indonesia and Vietnam, Wreford says.