Japan: Payments by Bills and Checks 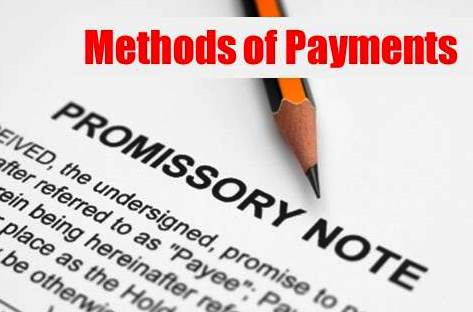 In Japan, paper bills and checks are mainly used for corporate payments. Although these are important payment means, the number of transactions has been declining (Figure 11 in the attached report).

Also, bills of exchange (documents in which the drawer instructs the payer to pay amounts shown to the designated third party receiver) are used in Japan. Forcefulness of bills and checks, and items needed to be shown on their surface are defined in the Law on Bills (1932) and Law on Cheques (1933). The formats (physical shape and coding of information) of bills and checks were standardized by JBA in 1965 (Figures 12, 13). The regulations require the MICR printing (conforming to ISO 1004 – E13B) on the surface to indicate the clearing house number, payer financial institution and branch number, account number and transaction ID.

Exchange of bills and checks

The recipients of bills or checks bring them to their banks to deposit them. Bills and checks are collected at clearing houses, and then exchanged and settled between banks in the region.

Fund settlement arising out of clearing between participating financial institutions is made on the same day by offsetting credit and debit amounts at clearing houses and settling the difference using transfers between current accounts held with the BOJ or other designated settlement banks.

With regard to collecting bills and checks outside the clearing house area, they are sent by mail to their respective payment regions, and information regarding whether a bill or check has been honored or dishonored is transmitted through the Zengin System.

Since this booklet is broad in scope and covers mainly overview, it should be referred to in combination with other materials, which may delve into more detail concerning individual payment systems and other facilities. A select list of these materials is presented on the last page of this booklet.

On April 1, 2011, the Tokyo Bankers Association (TBA) was transited to “the general incorporated association” and the new JBA is formed by changing name of TBA after handing over and amassing all JBA’s business to TBA.

JBA is an industry body that represents189 banks (including 47 foreign banks), 3 bank holding companies and 59 local bankers associations in Japan (as of the end of December 2011).