Launching the Dots: A new Social Network for Creative Professionals 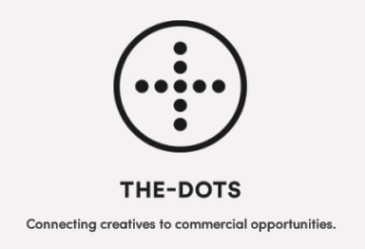 The Dots, which recently launched in the UK, will aim to help creative individuals and companies showcase their work, network, collaborate and connect with commercial opportunities.

The platform is set to launch in the UK first, before branching out to the rest of Europe, as well as the US, in the near future.  The platform was founded by Pip Jamieson an entrepreneur who also previously co-founded The Loop, Australia’s leading professional networking site for creatives.

She commented: “We decided to launch The Dots in the UK first, as the creative sectors here are really thriving. A recent government

report highlighted that the UK’s creative industries are now worth £71.4bn to the local economy and more than 1.68 million people are currently working in these sectors.

“However, nothing currently exists that helps creatives and businesses effectively collaborate and commercialise. In Australia the technology we created helped to build a stronger, more profitable, better connected and more diverse creative sector and I can’t wait to do the same here.”

For users, The Dots will operate on a freemium basis – it’s free for individuals and companies to join and set up a profile, after which they can either choose to pay to headhunt talent or advertise jobs, workspaces and courses on the site, or earn free credit by inviting new users to join the platform.

Over 13,000 brands including Net-a-Porter, Vice, Facebook and the BBC have signed up to a new creative networking platform which is being positioned as the ‘LinkedIn for creatives’.  Saatchi & Saatchi, Condé Nast, Spotify, BSkyB, Tate and Sony Music have also signed as launch companies.