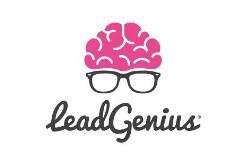 LeadGenius announced that it has raised $10 million in Series B funding.

Formerly known as MobileWorks, LeadGenius helps customers find likely sales leads and reach out to them with automated emails. The company says revenue increased 6x in the past 20 months, with customers including eBay, Box and Weebly.

Martin Gedalin of Lumia Capital joined the LeadGenius board of directors with the investment and Noah Doyle from Javelin Venture Partners will join as a board observer. The company has raised $20 million to date from investors such as 500 Startups, Andreessen Horowitz and Y Combinator President Sam Altman. CEO Prayag Narula co-founded the Berkeley-based startup in 2011 to build a cloud-based sales acceleration software, taking the company through the Y Combinator class of Summer 2011. In December, the company was dubbed bySilicon Valley Business Journal as the second hottest Bay Area Startup with less than $10 million in funding. It has doubled its revenue each of the last three years.