Lending Automation:  The Shape of Things to Come 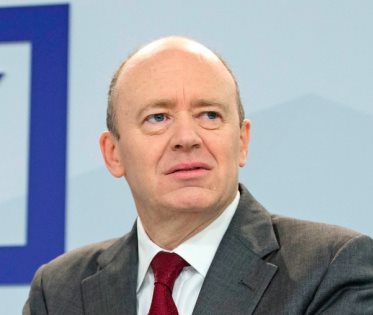 Deutsche Bank chief executive John Cryan has warned that a “big number” of people working for Deutsche Bank will ultimately lose their jobs as the bank embraces its “revolutionary spirit” and ends the era of accountants acting like “abacuses”.  The bank boss, who is mid-way through a five-year restructuring plan, made the comments at a conference in Frankfurt.

“We have to find new ways of employing people and maybe people need to find new ways of spending their time,” he said of how technological change will affect banking. “The truthful answer is we won’t need as many people… In our banks we have people behaving like robots doing mechanical things, tomorrow we’re going to have robots behaving like people. He would not be drawn on how many of Deutsche Bank’s 100,000 strong workforce would be at risk beyond saying that it would be a “big number”. As an example, he singled out accountants who “spend a lot of the time basically being an abacus”.

But it’s not all bad news for Deutsche’s workforce, who have been battered by years of restructuring and a widespread bonus cull last year.  Mr Cryan said some jobs could be “upskilled” and become more interesting as the mechanical work is filtered out. And the impact on Deutsche’s directly employed staff will be cushioned because the bank has a lot of outside contractors, and it can let those contracts “roll off” Mr Cryan said.  Still, the message to the bank’s staff, and bank workers in general, was clear: “We need to admit that what we had is nice but it’s not necessarily for the future,” the Briton said. “We need more revolutionary spirit.

Editorial Comment:  We at BIIA venture to say that Cryan’s statement “tomorrow we’re going to have robots behaving like people”  will signal new ways of in which banks will be using credit information solutions to make lending decisions.