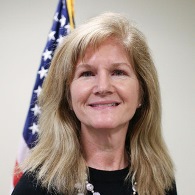 A dedicated public servant, Allman most recently served the Obama Administration as director of government relations at the Corporation for National and Community Service (CNCS). CNCS is the country’s largest grantmaker to nonprofit organizations, engages over five million Americans in service programs including AmeriCorps and Senior Corps and leads a number of programs committed to improving communities nationwide including the Social Innovation Fund and United We Serve.

Prior to her work at CNCS, Allman ran an independent public policy consulting firm where she worked with state Attorneys General, led state legislative efforts for both TechAmerica and the Recording Industry Association of America, and worked as part of the law and public policy team at MCI WorldCom and served as press secretary to Rep. Louise Slaughter (D-NY). A Michigan native, Allman also served as a policy advisor