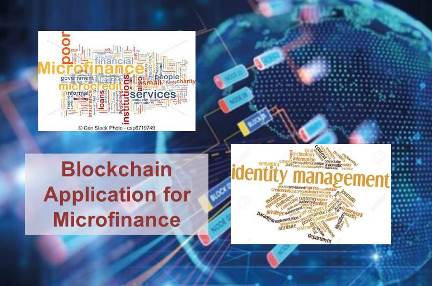 Billed as a silver bullet that could lift the poor out of poverty since the mid-2000s, microfinance, or the use of small loans to boost the unbanked, has failed to take off for various reasons – namely, a lack of transparency and the existence of middlemen that blockchain is said to eliminate.

But while blockchain’s transparency and ability to reduce middlemen have been extensively detailed, Gadnis said it was the tech’s ability to help people achieve economic sovereignty when traditional financial institutions still won’t bank them that led to his light-bulb moment.

During a volunteer stint in East Africa, for example, Gadnis discovered that a farmer who had received numerous microloans was still turned away by banks, even though he owned land and had made money from his most recent harvest.

Rather than putting her on the path to “financial inclusion” – the microloans seemingly had made worse off by trapping her in a vicious debt repayment cycle.

Gadnis explained: “She had three different loans from three different microfinance institutions (MFIs), but she was not ‘bankable’ because she was operating at anywhere between 15 percent to 40 percent interest rates on each loan.”

Echoing Gadnis’ sentiment on the issue, Deloitte argued in a recent paper that the notion that simply making more credit available to poor people offers a solution to poverty must be broadened and rethought.

And according to blockchain proponents, the technology’s ability to connect people directly to each other without middlemen is the first step in rethinking microfinance.

Taynaah Reis, co-founder of peer-to-peer remittance and lending platform Moeda, began looking to blockchain because of this feature earlier this year.

Reis explained that her inspiration for the project – which won first place in a United Nations-sponsored hackathon – was that one-third of the 200 million citizens in her native Brazil that have minimal access to banking services and are forced to take out credit lines with annual interest as high as 4,000 percent.  Her company partners with local credit cooperatives that have existing relationships with customers in rural areas, but aren’t always able to extend services at affordable rates, if at all.

“It’s not that [cooperatives] don’t want to serve these people, it’s just that it’s unprofitable for them to do so,” explained Brad Chun, CTO of Moeda, arguing that blockchain allows for easier auditability and more operational efficiencies that ultimately translate to a lower cost of lending than traditional service providers using centralized databases are able to offer.  While Moeda vets and decides which projects can be featured on the site to receive loans, once those projects are reviewed, lenders can send money directly to the recipients.  In September, the company processed a $50,000 pilot loan to a cooperative farm in rural Brazil, making it possibly the first-ever such investment denominated in a cryptocurrency (the project’s own Moeda tokens).

Blockchain has also been touted as a way to fix identity on the web, another area where microfinance has struggled, but Moeda and others are looking to iterate on.

Scott Nelson, CEO of Sweetbridge, a platform over which users can lend money to themselves against existing assets via smart contracts, argued that blockchain’s unique advantage in this setting is the ability to use existing affinity networks to help build and verify borrower identities.

Such blockchain-based digital identities, proponents believe. will allow borrowers to build their own economic histories and credit profiles, even if they are invisible to the legacy banking system.

“Identity is really the core of what the Moeda system is. We’re not just providing financial services, we’re providing an identity that is linked to everything that a person is doing,” said Chun, adding:

“It’s not your traditional credit score, it’s what your reputation to your community is.”

BanQu has rolled out a similar system in five countries. Its “economic passport” aggregates a variety of data points (financial history, land records, trust networks, business registrations) so those seeking loans can more readily demonstrate their qualifications to potential lenders.

While such innovations may carry significant promise, the path to widespread adoption is littered with roadblocks.

For one, these projects will require buy-in from not only consumers but governments and traditional financial institutions during a time when global banks are de-risking.

Plus, Andi Dervishi, global head of the Fintech Investment Group at the International Finance Corporation, said getting consumers up to speed on how to securely use such new technologies will likely be an uphill battle.

“We have instances in Africa where people handwrite their PIN numbers on the debit card,” he said at a recent event hosted by the Center for Global Development in Washington, D.C. “If we think of cryptos in the context of (financial) inclusion, we’re adding a layer of complexity rather than taking it away.”

Harish Natarajan, a finance specialist at the World Bank, echoed that sentiment, saying “the jury is still out” regarding blockchain’s eventual usefulness in improving financial access.  Natarajan concluded: “At this moment, it seems to be more like a niche product used in certain contexts and in certain settings.”