Microsoft to Acquire LinkedIn for $26.2 Billion 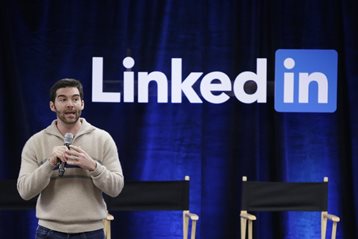 Microsoft Corp. has reached a deal to buy LinkedIn Corp., the professional social-networking company, for $26.2 billion in cash.  LinkedIn would be required to pay a $725 million breakup fee if it backs out of the deal.

Why does Microsoft pay more than 8x revenue for a business which is losing US$ 166 million?

Integrating Microsoft’s and LinkedIn’s offerings would broaden their reach, enhance their utility, and create market-leading services for business customers, the companies said. Microsoft will pay $196 per LinkedIn share, a 50% premium to LinkedIn’s closing price on Friday.

Microsoft said LinkedIn will “retain its distinct brand, culture and independence,” with Chief Executive Jeff Weiner remaining at the helm, reporting to Microsoft CEO Satya Nadella. The deal, the largest acquisition ever for Microsoft, is expected to close within the year.

Microsoft believes the acquisition will expand the market for both LinkedIn and Microsoft’s Office products. The software giant has made a significant push in the past few years to make its products more connected and wants to use data to make them more intelligent. LinkedIn’s vast network offers data that could help.

Connecting LinkedIn directly to Office could help attendees of meetings learn more about one another directly from invitations in their calendars. Sales representatives could pick up useful tidbits of background on potential customers from LinkedIn data.

Microsoft is betting that the combination of Microsoft and LinkedIn services will make workers more productive by revealing connections and data that might otherwise take additional steps to find. That could increase the value of Office to customers, and helps explain why Microsoft made the deal.

LinkedIn went public in May 2011 at $45 a share in the biggest internet IPO since Google Inc.’s debut in 2004, and its stock more than doubled on its first day of trading. Shares peaked around $270 in February 2015 but have since lost about half their value as the company forecast a much weaker-than-expected 2016 as it shifts gears on its advertising strategy.

About two-thirds of LinkedIn’s revenue comes from its talent-solutions division, which helps corporate recruiters identify job candidates, in contrast to other social networks that primarily rely on advertising revenue. The unit generated $558 million in revenue in the first quarter, up 41% from a year ago.

Microsoft has made a number of big acquisitions in recent years. Among them was its problematic $9.4 billion purchase of Nokia Corp.’s mobile phone business, most of which has been written off. The company also spent $8.5 billion in 2011 to buy Skype SARL, the provider of video and voice chats, and $2.5 billion in 2014 for Mojang AB, the maker of the “Minecraft” videogame.

A rare tech stalwart that has appeared to be making a deft transition to the new world of web-based, on-demand computing, Microsoft faltered in its latest quarter as the growth of its cloud business slowed.

LinkedIn reported $2.99 billion in revenue for 2015, a 35% increase from a year earlier, while its loss widened to $164.8 million from $15.3 million on a surge in costs related to sales and marketing and product development.

LinkedIn is by far the largest acquisition by Microsoft. Here’s a rundown of purchases, ranked by dollar amount:

How many are still around?