Millions of Compromised Accounts Discovered On The Dark Web 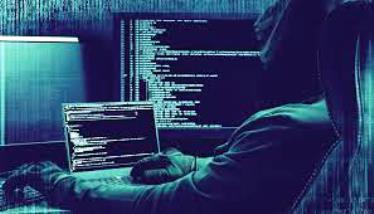 The Dark Web is a strange place where one can conduct all sorts of illegal activities including selling illegal drugs, weapons, social security numbers, documents and stolen data.  Recently, the social engineering experts at breach notification website Hacked-DB discovered a massive trove of data containing login credentials of millions of users on the dark web.

The vast majority of these compromised databases were not detected prior to this leak and the overall size of the files leaked is 9GB. The leak includes databases from 2011 to today in 2018, and the information includes personal accounts with clear text or hashed passwords that can easily be reversed to the password itself. Hacked-DB Chief Operation Officer Mr. Yogev Mizrahi told HackRead that: “This leak is extremely interesting from a hacker’s point of view since it can potentially give adversaries a fairly large ground of identities to work with when it comes to identifying theft and such”.

Hacked-DB CEO Mr. Chen Heffer said that “These leaks go mostly under the radar since they are not published to the public anywhere and by no one. Our team of white hat hackers in Hacked-DB work 24/7 in looking for this type of information in the dark web to bring the value-add to our clients and help organisations protect their IP and identities”.

What might be worrisome is the fact that the data is available for anyone to download on a file-sharing website and it is only a matter of time before malicious actors get their hands on it.

Previously, owner of HaveIbeenPwned Troy Hunt discovered Anti Public Combo List and Exploit.in dumps with billions of user accounts and just a few days after, both lists were available for download on the Dark Web and hacking forums.

The recent finding from Hacked-DB shows there is a ton of data on the Dark Web which poses a massive threat to the user as well as the targeted firms since either none of them have any idea about the breach or the companies are hiding it from users.