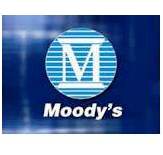 Moody’s Corporation (NYSE:MCO) announced today that it has agreed to acquire the remaining outstanding shares of Copal Amba.  Moody’s is currently a majority owner of Copal Amba, which was formed through the acquisitions of Copal Partners in 2011 and Amba Investment Services in 2013.  Copal Amba, a leader in the market for Knowledge Process Outsourcing (KPO), provides offshore research, analytics and business intelligence services to the financial and corporate sectors. Its clients range from global financial institutions and Fortune 100 corporations to boutique investment banks and asset managers.

“Copal Amba has had strong momentum since its formation and has expanded its penetration into the growing market for outsourced financial research, analytics and business intelligence services,” said Linda S. Huber, Executive Vice President and Chief Financial Officer of Moody’s.

The acquisition of the remaining shares is not expected to have an impact on Moody’s earnings per share in 2014 and will be funded from international cash on hand. The terms of the transaction, which is expected to be finalized in Q4 2014, were not disclosed.   Moody’s has recently acquired a majority stake in ICRA, a leading rating agency in India.  In addition to ratings ICRA owns a management consulting and KPO units.  The majority stake in ICRA and the full ownership in Copal will provide Moody’s with a free hand to reorganize its KPO businesses.