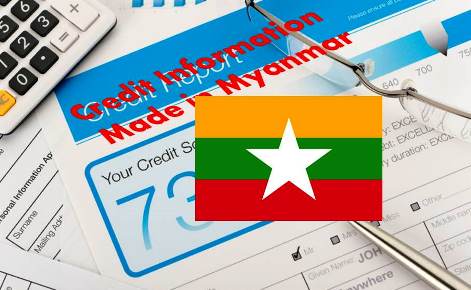 Myanmar’s Central Bank is hoping to enact regulation in June that will pave the way for a credit bureau to help the country’s banks better assess risk when making loans and loosen strict collateral requirements.   The Myanmar Bank Association (MBA) has already signed an agreement with the Singaporean firm NSP Holdings to establish a joint-venture credit bureau, according to U Zaw Lin Aung, secretary of the Credit Bureau committee.

The committee selected NSP Holdings from a list of potential partners back in 2014. MBA will hold around 60 percent of the joint venture and NSP Holdings the other 40pc, U Zaw Lin Aung said. But after choosing NSP Holdings the committee had to wait for the new Financial Institutions Law, which was passed by parliament in January. This replaced an older Bank Secrecy Act, which said that banks’ information was confidential and could not be passed to third parties.

The Central Bank of Myanmar has allowed five kinds of loan collateral since early 2012 – land, agricultural products, treasury bonds, gold and savings deposits. Land and property remain the preferred choices, however, and the loans provided are often short-term and equal to less than one-half the value of the collateral.

This collateral-based system “inevitably restricts lending” to those borrowers that own land, according to an ADB working paper published in April last year. The lack of information available to banks about borrowers also acts to limit lending to smaller borrowers, the paper said.

By providing more detailed information the credit bureau would help banks tailor collateral requirements and interest rates to specific borrowers, and encourage lending to a wider range of customers.

“[The bureau] will help banks gain market share and customers,” said U Mya Than. “Banks will be better able to compete on interest rates and services, and will be able to provide more credit cards.”

Once the Central Bank regulation is in place, it will take around a year to get the bureau up and running, U Zaw Lin Aung said. Myanmar’s banks run different core banking systems, and collect customer information in different formats. The credit bureau will need to standardise the data that individual lenders collect.

The credit bureau committee is conducting a feasibility study, but the bureau “will definitely start [operating] next year”, he said.

All of Myanmar’s domestic banks – private and state-owned – have contributed share capital to MBA. Because of the state-owned banks’ involvement, the credit bureau also requires approval from the Union Attorney General, U Zaw Lin Aung said, although adding the state-owned bank’s share is very small.