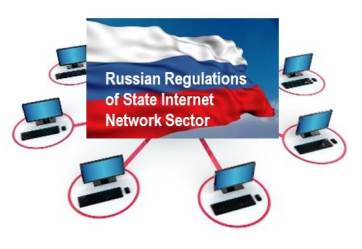 A new regulation for the Russian state information and telecommunications network ‘Internet sector’ was approved by the Order №443 of the Federal Guard Service of the Russian Federation (FGS) as of September 7th, 2016 which substituted the regulation valid since 2009.

In accordance with the new regulations Russia created a new Internet Network with the designation of RSNet.  Information systems, information and telecommunications networks of governmental authorities as well as their subordinate organizations will be connected to the RSNet network.  The special communications and information service of the FGS will be responsible for the implementation in co-operation with:

To be able to connect to the RSNet network, the state authorities and respective communications providers enter into an agreement which stipulates technical specifications, description of processing area, communications channels, data transmission speed and information security requirements.

For users of state web-based resources there will not be any external (visual) changes. However, according to information obtained from developers, information security for state owned databases will be improved significantly, which is crucial considering the growing traffic of data transmission in the Internet.

According to the data provided by the Ministry of Telecom and Mass Communications of the Russian Federation, information volume from/to users via Internet (including mobile network) in 2015 increased by 36,5% compared to 2014 and for 6 months of 2016 the traffic increase amounted to 23,3% to the corresponding period of 2015 (Figure 1). According to the Information and Analytical system Globas-i, there are currently 1,077 active companies having among registered types “Activities on providing data transmission and access to information and communication network Internet”.

It is expected to put into operation 35 RSNet network nodes and 5 protected regional centers of data processing by the end of 2016 according to the State initiative “Information society” 2011-2020, approved by the Russian Government. The state system of legal information “Official Internet Portal of Legal Information” is already operating via the RSNet network.