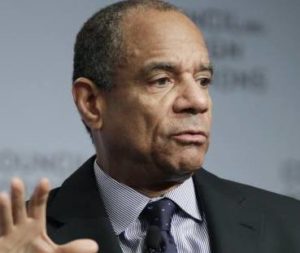 The former American Express chief Ken Chenault is backing a start-up company that provides credit scores for immigrants who struggle to rent apartments and access other basic services upon their arrival in the US.  Workers on overseas postings, international students and other newcomers have long struggled to secure credit cards and other loans because American institutions hold no records on them.  Even high-income foreigners with strong credit histories in their home countries can find it difficult to deal with mobile phone providers and landlords, who typically demand several months’ rent up front.

Nova Credit, which is among a new breed of Silicon Valley companies seeking to shake up the financial system, aims to address the problem. It has secured funding from General Catalyst, the venture capital group that has stood behind companies including Snap, Stripe and Warby Parker.

General Catalyst, which Mr Chenault joined as chairman and managing director this year, is investing alongside an existing backer of the company, Index Ventures. Together they are putting up about $16m. The fundraising values the company at about $80m, based on a typical Silicon Valley Series A round.  The company declined to comment on the valuation.

Nova Credit, which was founded as a research project by a trio of Stanford University graduate students, pulls credit history from an immigrant’s country of origin and converts it into a US credit score that can be used by lenders and other groups.

Mr Chenault said: “The company has the potential to bring millions of new consumers to the financial services industry and to create new banking and credit opportunities for people who, up until now, have been left out of the system.”   Other companies that are trying to make inroads into the underserved credit market include Creditstacks, which provides credit cards for immigrants, and eCredable, which allows consumers to build up a credit report.

Businesses that use Nova Credit’s service include MPower, an international student lender, and the background checks business First Advantage, although it needs to convince more big-name lenders to sign up. It charges business customers for each “pull” of a consumer’s credit score.

Esipov co-founder, said: “It’s ridiculous that this problem hasn’t yet been solved.”

Mr Chenault left American Express in February after a 17-year tenure. He joined General Catalyst with a brief to lead new investments, and sits on the board of Airbnb, in which the venture capital group is an investor.  General Catalyst has raised a total of $5bn to invest in mainly early-stage technology and consumer-facing companies.

BIIA Editorial Comment:  In 1966 your editor arrived at the US shores without credit.  No credit card, no mortgage.  It was American Express, who in the same year launched its GOLD Card, stuck its neck out and took on the risk of providing yours truly with a credit card.  The relationship is still going strong.  On the 50th anniversary of having an Amex card,  Mr. Chenault sent a personal thank you letter.  That is indeed exceptional customer service.