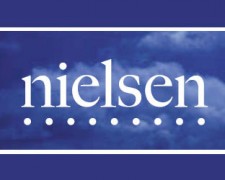 Nielsen’s plan to break in two parts–Global Media and Global Connect—will make the media side of the business better by letting it focus more on how advertising sells things beyond the packaged-goods industry, according to David Kenny, CEO of Nielsen Holdings. 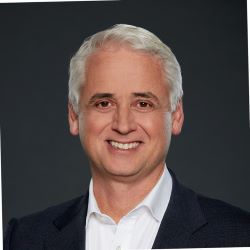 Kenny, who will become CEO of the Nielsen Media side after the split announced today becomes complete next year, said in a press conference that the CPG focus of the company’s other half (to be spun off as Nielsen Connect) has held the company back in some ways.

“When we were focusing on it as one company, we were focusing it on CPG because we were a CPG business, which is great, but CPG is only 9 percent of total advertising,” Kenny said. “Part of opening up this platform is to work with other information service companies so we can also provide attribution in all the other categories, whether it be automotive, or consumer electronics, theatrical releases, pharmaceuticals, insurance and credit cards, etc. I would say we’re building a broader and richer set of attribution tools.”

Some company veterans over the years have similarly said the CPG focus has caused Nielsen to lag in serving other sectors. It’s a conclusion Kenny and the board reached after the company completed the strategic review that led to the breakup decision.

“They’re both multi-billion-dollar global businesses, but they’re quite different,” Kenny said of Media and Connect. “There’s very little synergy between the two, other than they started with the same name decades ago.”

That wasn’t the argument 18 years ago, when former owner VNU bought ACNielsen–the CPG-focused retail scanner data and research company–and rejoined it with Nielsen Media Research. Ultimately the company went public as a single entity in 2011.

This will complete the second merger-breakup cycle for Nielsen. It started as a single company founded by Arthur C. Nielsen in 1923, and by the 1930s combined measurement of food and drug purchases with media audience measurement. Subsequent owner Dun & Bradstreet broke up the companies into Nielsen Media Research and ACNielsen in 1996 before VNU bought the pieces and rejoined them five years later.

In a call with analysts, Kenny said putting sales and media measurement together made more sense at the turn of the millennium, when CPG was a bigger share of overall media spending. And having sales and media measurement together still might work better today “if we measured everything people buy,” he said, but Nielsen has to rely on outside data sets for attribution of sales to media spending in other industries.

Post spinoff, the two sides of Nielsen Media will still have a preferred relationship with Nielsen Connect in sharing CPG sales data, he said.

As part of today’s announcement, Nielsen also immediately cut its dividend from 35 cents per share to 6 cents to help pay down an $8.5 billion debt load and help invest more in things like digital audience measurement and helping advertisers deliver addressable ads to narrow segments of consumers, Kenny said.

How that debt will be divided between the two sides of the company is one thing Nielsen will have to determine over the next nine to 12 months as it works to complete the spinoff, Kenny said in the press conference. “Each is going to have the right, healthy debt level for itself, but over time we’re expecting to pay down debt more rapidly, and the dividend is the best way to do that.”

For the part of the company he’ll be taking over, Nielsen Media, Kenny said: “You’ll see us invest more in the media business to deliver growth over time.”

Jack Neff, editor at large, covers household and personal-care marketers, Walmart and market research. He’s based near Cincinnati and has previously written for the Atlanta Journal Constitution, Bloomberg, and trade publications covering the food, woodworking and graphic design industries and worked in corporate communications for the E.W. Scripps Co.