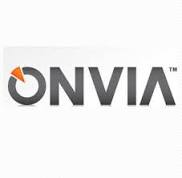 Gross margin was 86% and 85% in Q2 2015 and Q2 2014, respectively.  Our cost of revenue primarily consists of payroll-related expenses associated with the research, capture and enhancement of data in our proprietary database.  Certain amounts in cost of revenue for 2014 have been reclassified as operating expenses to conform to current period presentation.

Operating expenses in Q2 2015 increased 3% to $5.0 million from $4.8 million in Q2 2014.  This increase was primarily due to payroll related investments incurred to support our initiatives in marketing and product development.

About Onvia, Inc.
For more than 15 years Onvia (NASDAQ: ONVI) has been delivering the data and tools companies rely on to succeed in the government contracting market. Onvia tracks and reports the spending of tens of thousands of federal, state and local government agencies, giving companies a single source for conducting business with government. For information about Onvia, visit http://www.onvia.com/.