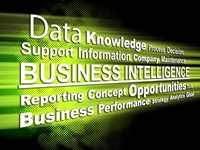 Onvia’s President and CEO, Hank Riner, observed that, “The growth in national and regional acquisition bookings and corresponding improvement in ACVC continues to validate our adoption of a new target market strategy developed in October 2013.  In addition, we’ve begun to invest in content marketing which should benefit new client acquisition through an increase in awareness and engagement from our target audience.  In particular, we experienced an increase in lead generation following the publishing of our quarterly SLED reports in the first and second quarter of 2014.”

Total revenue for the quarter ended September 30, 2014 was $5.7 million, up by 5% compared to the same period last year.  In addition to subscription revenue, total revenue includes content license and report revenue.

ACV increased by 7% to $21.1 million in Q3 2014 from $19.8 million one year ago.  As previously announced, growth in ACV indicates that new client acquisitions, contract expansions and improving client retention rates have more than offset the impact of client attrition.  ACV represents the aggregate annual value of subscription contracts and is a leading indicator of future revenue growth.  The growth rate in ACV can fluctuate from quarter to quarter based on timing in the amount of ACV available for renewal.  For more information about ACV, see “Key Metric Definitions” below.

ACVC increased 18% to $6,286 in Q3 2014 compared to $5,333 in Q3 2013.  In addition, ACVC for new clients increased 24% to$14,908 from $12,053 in Q3 2013.  The continued growth in new client ACVC demonstrates the Company’s success in acquiring clients with a strategic interest in the public sector at a regional or national level.  Companies within this target market typically have higher ACVC and renew at higher rates, which are key attributes of a profitable long-term client.

As of September 30, 2014, Onvia had 3,350 clients, down 9% from 3,700 clients during the same period last year.  The Company’s decline in client count is expected as a result of the decision to transition to a more strategic target market.  Management believes that ACV is a better measure of sales effectiveness than the number of clients.

Operating expenses in Q3 2014 increased 6% to $4.8 million from $4.6 million in Q3 2013.  The increase is primarily due to higher variable compensation costs as a result of improved sales performance and the human resource function being fully staffed in Q3 2014.  As previously reported, the Company expenses 100% of variable sales cost upon sale, but recognizes revenue on no more than 8% of an annual subscription each month.  Due to the Company’s small size, increased variable sales costs may exceed the incremental revenue generated each period, which negatively impacts short term Adjusted EBITDA.

At September 30, 2014, cash, cash equivalents and available for sale investments increased to $8.0 million compared to $7.6 million at the end of 2013.   Management believes that the remaining cash balance is adequate to fund operations until Adjusted EBITDA and free cash flow accelerate.