Open Banking Will Lead to Fundamental Shift in Operating Models 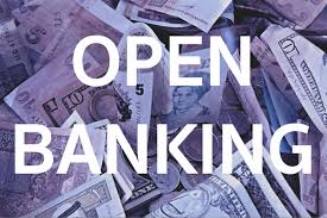 Open Banking is an existential threat to traditional banks, according to the Future of Finance, a new piece of research released today at Personal Information Economy (PIE), the UK’s leading personal information event.

Open Banking will expose banks to new competition, by forcing traditional banks to open their API (Application programming interface) to third parties. This will give competitors access to banks’ enormous data collections.

According to the research, banks have underused this data, due to their complex systems and older technology. However new, more digital competitors will use the data to target the most profitable parts of a bank. In a worst-case scenario, this will leave banks saddled only with unprofitable products, like current accounts.

The research concludes that Open Banking is an opportunity for banks to enhance their services, but warns that those who do not act now could need a government bailout in the next five to seven years.

Mike Gordon, CEO, Callcredit Information Group, said: “Open Banking is an important development for the industry, it will bring greater competition and new ideas to banking.  This means that traditional banks are likely to create exciting products to retain and grow their customer base.

“Yes, it could pose a risk to banks’ operating models, but I believe that they will use Open Banking to innovate and grow.”

Liz Brandt, CEO, Ctrl-Shift, said: “Banks have a real challenge on their hands. Open Banking is an imminent threat, which banks will struggle to respond to due to their large, cumbersome structures. To survive, banks will need to think and act fast.

“I believe that we will see some clever solutions, such as the creation of ‘lifeboat’ banks. This is an approach Midland took years ago when it set up First Direct.”

In addition, Open Banking is likely to see at least one major technology company – namely Google, Amazon, Facebook or Apple – enter the banking market. The research argues that these companies will look to either acquire an exciting challenger bank, such as Monzo or Starling, or provide payment solution services.