Outsell’s Top Headlines of 2015 and Why They Matter 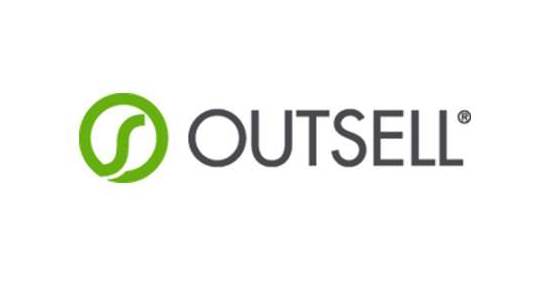 Big news throughout the year heralds the information industry at a tipping point. Outsell, our co-founder and silver sponsor of our 10th Anniversary Conference provided us with its latest report ‘The Tipping Point, a copy of which was handed out during the conference.  As the year of 2015 draws to a close, Outsell’s CEO and co-founder Anthea Stratigos is providing our members with a final insight for the year.

Important Details: As we button up the year, check our list twice, and head out for the holidays and into 2016, we analyzed the most important events of 2015 and why they matter for the year ahead. In no particular order:

1) CNBC points to Silicon Valley’s cash party coming to an end and valuations tapering. Interest rates are going up, and recent news predicts a US stock market decline for the year, the first since 2008. Moderate clouds are on the horizon, and we predict that some young companies will be hit as valuations become more reasonable and many startups realize they are not businesses after all. It will be good for buyers as companies of all sizes rationalize portfolios.

2) Top Right has renamed itself Ascential while posting a fire sale, and Avention brought back the much-missed and stronger OneSource brand. We are still trying to pronounce RELX and are still stinging a bit over the wonkiness of D&B’s new logo, as well as the naming of Bombora (previously Madison Logic Data), all of which prove that many companies in the industry still need to build muscle on the branding front. And to Top Right, we say: Name changes do not dress an asset for sale.

3) IHS announced a divestiture of GlobalSpec, while Gartner gobbled up the last of the big three independent firms in software lead generation, making another go at blending revenue models after the fiasco of buying Tech Republic and watching CEB’s IT Toolbox go down in flames. The great debate about blending revenue models rages. What matters is how well audiences are trained on free, how much value rests behind the firewall, and whether good product management can link the two before acquired assets get tinkered with as if they are broken. Recurring revenue will still be king under any revenue model. Even Salesforce will end 2015 on a $7 billion recurring revenue stream, with a great reminder that it’s less about the revenue model and more about sticky workflows and value for users.

4) Data is the new gold in the hills with many things still to be measured and assessed. Social data is on trend as meaningful information becomes the gateway to social change. A new tool points to 14 million data points on jails, while this month a new database launched with information on shelter animals in an effort to serve an industry with no relevant metrics. Data opportunities await everywhere for things we still cannot track and we see opportunity ahead, pro bono or otherwise, for companies eager to fill these gaps.

Data is the new first line of offense for social good, which can take many forms. Harvard announced its intention to create a free research platform by partnering with Ravel Law. The Harvard Law School Library is the largest academic law library in the world, and the initiative will provide open, wide-ranging access to the library’s collection of 40,000 books containing approximately 40 million pages of court decisions. It is the most comprehensive and authoritative database of US law and cases available anywhere except for the Library of Congress. Doing good is good business – and doing good with good data is even better.

5) Endurance International’s acquisition of Constant Contact demonstrates that even the all-powerful e-mail is better served as part of an integrated workflow.  Workflow is in, as application software, and data, content and information have finally converged, leading to interesting partnerships and acquisitions and a final acknowledgement that the debate about software or content being king is finally over.

6) Portfolio rationalization accelerated big time, as a trend toward “focused scale” (one we’ve been calling for three years) went mainstream. UBM took a drastic move toward becoming an “Events First” company, taking on Reed Exhibitions as

the #1 global trade show provider with the divestiture of PR Newswire. In acquiring this asset, Cision took the decisive lead in PR, proving that even narrow roles can go deep with rich and vertical workflows and natural extensions in the value chain. McGraw Hill bought SNL and announced the divestiture of JD Power, Pearson sold the Economist and Financial Times, and Thomson Reuters announced the sale of its IP & Science division. Verisk bought WoodMac to become a powerhouse in energy. LinkedIn bought Lynda to continue its march to being the 800 lb. gorilla in human capital management and services for HR and employees. CPA Global bought Innography and LexisNexis bought Lex Machina, proving that even the narrowest of areas, like patents, can go deep and broad. Companies with diversified portfolios are now outside the norm and at risk of being marginalized, as they become middle-market players who can’t afford to keep up on multiple competitive fronts. But what happens when a firm focusing on a single sector faces economic, geopolitical, technological or market disruption? This remains the great debate. Deep pockets will matter alongside great value for price on workflows and solutions where switching costs are high. Barriers to entry will still matter.

7) Advertising took a beating with numerous cries about the rise in ad blocking, and in B2B it is now hard to see few, if any, ad-supported portfolio companies. Outsell’s Chuck Richard and Randy Giusto say that after running amok for the past five years, the adtech locomotive has jumped the tracks and has taken digital advertising down the embankment with it. The result of layering on zombie computers to drive clicks, counting and charging for non-viewable ads, and endless gibberish of made-up content speaks to the dirty underbelly of an industry that has reached its day of reckoning. 2016 will mark the inflection point where industry businesses can no longer build themselves solely around a media-based, digital ad-driven business. Revived interest in events, services, data in workflows, and value-added solutions like ecommerce and certification will continue to take center stage in B2B. Ironically, this goes on as the march to providing better cross-media audience measurement speeds up, exemplified by Nielsen buying eXelate and comScore’s acquisition of Rentrak, and all while a few big players continue to dominate digital advertising.  We predict a firm shakeout in the land of adtech.

8) The emergence of Facebook, Snapchat, Twitter, YouTube, Instagram, and Apple as news and content aggregators and distributors with their own captive audiences left marketers and advertisers scurrying to support or risk getting left behind. Each of these walled gardens grew stronger this year as publishers, news organizations, and media companies saw falling views/visits on their own websites and mobile apps. Snapchat kicked off this trend, launching its Discover platform in January; over the next five months, the others all followed. Video became a subplot here, exploding within social, as the social nets embraced it to satisfy Millennials’ insatiable need for video-based content. Players must now design video-first, mobile-first short-form content for a younger workforce as long form’s lead fades.

9) New competitors are emerging with deeper pockets than traditional information industry giants. This year, IBM put to rest once and for all its long-held stance of the early 2000s that it would not travel beyond software. That stance ended with major acquisitions in application software in risk and marketing, and then the final bomb dropped with the acquisition of the Weather Channel this year as it joinedGoogle, O racle, Salesforce, and other software giants at the content table.  Suddenly, Big Blue is in big content. Audi and BMW bought Nokia HERE’s mapping assets as a competitive weapon, and as more enterprises look to data as the mechanism by which they differentiate core assets and services, the competition will heat up and with it valuations for unique data assets and core competencies.

10) All of the above point to new competitors coming from new places in a world of increasingly strange bedfellows. Disruption comes from not only the venture-heavy companies in incubators in San Francisco, New York, London, and around the globe, but also from customers who, like Audi, BMW, and IBM, take matters into their own hands. Un exemple du jour: Symphony, which is powering into the financial information space by teaming up with Dow Jones, McGraw Hill Financial, and Selerity, hitting the ground running with its combination of secure messaging and contextually relevant content and with all sights set on dethroning Bloomberg, backed by Goldman Sachs, burned by a breach of trust. Trust still matters. In an industry trading on trust and the yield of authoritative sources, Symphony is proving that old-fashioned values still matter.

Implications: As our industry is stretched between strategic extremes, we see IHS seemingly caught undecided, UBM focused on portfolio, but only in events, EMAP for fire sale and serial name change on the market for £ 1 billion, exactly the same price as it sold for in 2008. Informa must weed and continue to realign the portfolio. Penton is settling for a smaller but more intense portfolio, and Bertelsmann has entered education.

Companies in 2016 will face tough choices: Sell the best bit of the portfolio to prop up the rest? If the best bit has other, larger global competitors that inhibit growth in consolidating markets, then there is little choice – especially if to keep the jewels sparkling, reinvesting in platforms is necessary and undone. And selling the jewels at the optimum moment is vital to crystallize value: No one in newspaper markets can forget DMGT refusing an offer of £ 1 billion for its wonderfully and consistently profitable regional newspaper group Northcliffe in 2006, only to sell it in 2010 for £ 257 million! And ditto Yahoo! turning down its offer from Microsoft, or Groupon from Google. Getting value right is hard to predict, but we may once again be at the top given the tea leaves we read.

We see a world of market realities colliding. Budgets that fund this industry still grow at only about 3% and customers’ needs are changing. Users will not buy business services unless they are core workflow productivity tools or embedded in enterprise portals. Advertisers are no longer eager to advertise in such services, having better networked ways of reaching targeted users, especially through their own direct channels.

We believe 2016 is the year of slimming portfolios, new competition, and more consolidation. Values are high; possibly the right time to sell is now. It is very possibly the year that another slowdown cycle begins and with it another downturn and post-technological boom.

Every downturn brings a new cycle of technology and rapid change. The dot-com bust brought us search, the great recession brought mobile and social and convergence. Up next: the internet of things along with the blockchain technology that will power it. 2016 could very well be the year that another cycle begins and out of that cycle will come an information industry the world may no longer recognize. And we see the best companies straining while they prune and pick and buy innovative young bucks necessary to weather what’s ahead – 2016, the year of the tipping point.