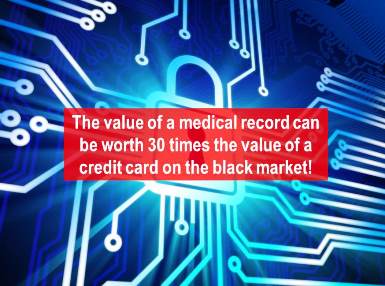 US Healthcare organisations are struggling to find ways to manage the risks of massive data breaches, which have proven hard to detect, often taking months to discover.

In 1996 the US Health Insurance Portability and Accountability Act (HIPAA) was enacted. The Accountability portion of the law requires that healthcare providers protect the privacy of patient health information and includes security measures that must be followed. Provider success has been mixed and has recently come under intense scrutiny due to the number and size of reportable breaches of health information.

There are several major contributors to this increase. The first is the passage of the American Recovery and Reinvestment Act of 2009. The ARRA included the formation of the Health Information Technology for Economic and Clinical Health Act (HITECH). It also made permanent the Office of the National Coordinator for Healthcare Information Technology (ONC) to set policy and standards and establish procedures to guide and measure the success of the implementation of electronic health records.

Creating EHR systems requires storing a large amount of confidential patient information in multiple information systems and allowing thousands of users and other systems to access those databases.

Adding to the difficulty of securing this data is the increasing number of criminal attacks and HIPAA violations because of the rising value of health information. For many criminals, credit cards had been the target of choice. However, the value of a credit card is brief, as all transactions can be stopped immediately after the bank is aware of suspicious activity.

By contrast, the value of a medical record can be worth 30 times the value of a credit card on the black market. The reason is that the health records contain enough information to create a complete identify for the purpose of opening accounts, obtaining loans, creating passports and stealing healthcare services. The most valuable records include expired patients where identify theft may not be discovered for years.

In 2016, the Ponemon Institute reported that during the last two years, 89 percent of all hospitals reported to the Office of Civil Rights at least one data breach, and 79 percent reported two or more. Many in the industry believe that almost every hospital has experienced multiple breaches.

In the battle to protect health information, many providers are simply outmanned and outgunned by the sophistication and resources of hackers. Some healthcare organisations experience thousands of attacks daily, some of which are likely to succeed in penetrating the perimeter defenses. Once inside, hackers have increased opportunity to steal user credentials that will move them up the security ladder and into the data systems that contain the most valuable information

After enough credentials are collected, it is simply a matter of slowly withdrawing information without triggering alerts. Ponemon reported in 2016 that it takes an average of 226 days to discover a breach and 69 more days to determine how it occurred and to stop the flow. It is safe to assume that after nearly ten months of access, there is little information left for the hacker to steal.

In addition to criminal hackers, hospitals must also contend with staff members using their credentials in an unauthorised manner. There are many reported instances of staff accessing records of co-workers, family or neighbors. The most publicized violations are stealing and selling celebrity health records to the media.

When a staff member is offered thousands of dollars for a single record, they may believe it’s worth the risk of being caught.