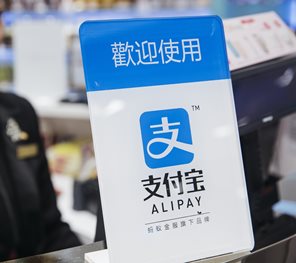 The arrangement is aimed at the more than four million Chinese consumers who visit North America annually, allowing them to use their smartphones to pay at First Data’s four million U.S. businesses.

The deal expands a pilot program between the two firms that started at certain retailers in California and New York last fall, and brings Alipay on a similar playing field as Apple Pay, which is accepted at 4.5 million locations in the U.S.

Alipay, and mobile payments in China, became a popular option for Chinese consumers when it was offered as an e-payment system more than a decade ago for purchases bought on Alibaba’s online retail businesses, which feature millions of products and services.

The move comes on the heels of Tencent Holding Ltd.’s alliance with Citcon, a Silicon Valley-based mobile payment platform that enabled the firm’s WeChat Pay to enter the U.S. The partnership, which was announced in February, specifically has been targeting Chinese consumers traveling abroad.

WeChat Pay currently has more than 600 million monthly active users, most of them in China.

While both Alipay and WeChat Pay continue to dominate the 38 trillion yuan ($5.5 trillion) marketplace in China, both companies are looking to expand internationally. Alipay is accepted in 70 countries, while WeChat is in 15 countries and regions.

Apple Pay, meanwhile, is also looking to expand abroad, with launches in Taiwan and Ireland bringing the mobile service to 15 markets for the Cupertino-based firm.