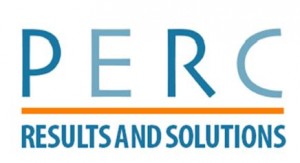 Personalized Credit Report and Score Counseling: It works and consumers like it. Why the courts are constraining it and what Congress should do

PERC, as part of National Financial Literacy Month, has released preliminary results of a study on the effectiveness of personalized credit counseling services showing that more than two-thirds of consumers had an increase in their credit scores after receiving a credit counseling session. This is more than seen in a comparison group. The strong results from the study support efforts underway to convince policymakers to increase consumer access to this type of credit counseling information and services.

“For most Americans, credit reports and scores are as mysterious as quantum physics,” said Michael Turner, Ph.D., CEO of PERC. “Consumers know their credit can have a huge impact on their future financial opportunities, but they don’t understand what their credit reports and scores mean and how they can improve them. Our research has shown that personalized credit counseling not only unlocks the credit mystery but also results in real, tangible improvements to individuals’ credit scores.”

Among the interim findings of the study, within 90 days after completing a personalized credit education session with a credit advisor from a nationwide consumer reporting agency:

Under restrictions placed on the national credit bureaus by the Credit Repair Organizations Act (CROA), it can be very difficult for consumers to receive this type of personalized credit counseling, as they are required to read consumers a lengthy legal disclaimer and wait three full business days before responding to their inquiries.

“CROA was intended to crack down on unregulated operations that were preying on consumer ignorance and fear,” said Turner. “Unfortunately, the courts have interpreted it to cover the already intensely-scrutinized national credit bureaus as well, thus effectively preventing them from offering this important – and  empowering – service. We believe this study reinforces the growing body of evidence that Congress should consider exempting the national credit bureaus from CROA’s onerous requirements.”