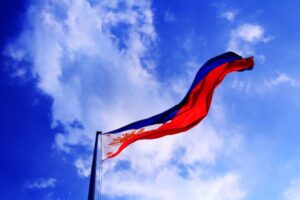 The new president Ferdinand “Bongbong” Marcos Junior, elected in a landslide at the May presidential election, has pledged to continue many of the policies pursued by the outgoing president Rodrigo Duterte. These include the controversial and sometimes brutal war on drugs, and the pro-China policy.

Marcos released few details of economic policies during the election campaign.  He is the son of the former dictator of the same name. Marcos is likely to follow Duterte in placing technocrats in key economic posts.

Meanwhile, Duterte´s daughter, Sara Duterte-Carpio, won the vice-presidency, having run on joint ticket with Marcos. Her election should protect Duterte against potential legal action by the International Criminal Court, which is investigating thousands of killings since 2016 during his war on drugs. Duterte’s government has denied wrongdoing and has said it will not cooperate with the ICC.

The election result is unlikely to have any significant impact on economic or investment policy, or on the country’s overall political stability. The Philippines is a democracy in which powerful families, rather than ideology, tend to dominate the political environment. Despite reports of vote-buying and some election-related violence, recent polls have been reported as fair and credible. Meanwhile, long-term violent insurgencies continue in parts of the country, although their threat to the state has diminished significantly in recent years.

The country’s new economic planning secretary Arsenio Balisacan has said the government aims to achieve economic growth of at least 6% throughout the term of President Marcos. He added that would involve boosting investment in agriculture and manufacturing and building infrastructure to expand the economy by between 6%-8% annually to 2028. Farm and industry output currently account for less than 40% of gross domestic product, while services contributes the majority.

New taxes will be needed over the next six years to fund the investment. The Department of Finance (DoF) has already unveiled a fiscal consolidation plan which aims to raise an average of P284 billion (US$5.16 billion) in fresh revenues every year for the next 10 years to repay the P3.2-trillion (US$58 billion) of additional debt incurred during the pandemic. The plan involves new tax measures such as value-added tax (VAT) on digital service providers; excise tax on single-use plastics, motorcycles and luxury goods; and tax on gaming and cryptocurrency.

The government also believes there is scope to increase the taxes on mining revenues, and to introduce pollution taxes and more “sin” taxes on the likes of cigarettes and alcohol.

That would be in line with the former administration’s policies. Under Duterte, the government introduced a comprehensive tax reform programme that involved lowering personal income tax, a tax amnesty for delinquent taxpayers. The new administration is also likely to press ahead with reforms in real property valuation and passive income taxation that the previous administration failed to get through Congress.

However, given the Philippines is still recovering from the impact of the pandemic on the economy, the government will be wary of tightening the fiscal screw too quickly. Indeed, incoming Finance Secretary Benjamin E. Diokno has said that he wants to avoid new taxes for now, and would rather focus on improving tax administration via digital processes.

The Philippines ranks joint 115th out of 180 countries in Transparency International’s 2021 Corruption Perceptions Index – significantly lower than the likes of Thailand, Vietnam and Indonesia. According to the Philippines Corruption Report by GAN, high levels of corruption severely restrict the efficiency of businesses operating in the Philippines.

GAN cites extensive bribery within the public administration and vague and complex laws that make foreign companies vulnerable to extortion and manipulation by public officials. Favouritism and undue influence are widespread in the courts, leading to time-consuming and unfair dispute resolution, and to an uncertain business environment. Corruption plagues the customs administration, and fraud routinely occurs for companies when filing import and export documentation. Moreover, GAN says that the legislative framework for fighting corruption is scattered and is not effectively enforced by the weak and non-cooperative law-enforcement agencies.

The government faces no significant threats to its rule.  The election of Marcos Junior and Duterte-Carpio avoided a situation, which has happened in the past, when candidates from rival parties have been elected to the posts of president and vice president and have been unable to work together. No major changes to policy are expected.

The main challenges facing the administration include tackling the government’s budget position, as well as inflation. How to deal with China´s increasingly assertive stance in the South China Sea, while balancing close ties with the US, will be the most pressing foreign policy issue.

Under Duterte, the Philippines moved closer to China, and threatened to break Manila’s long-standing treaty alliance with Washington, which criticised the war on drugs. Meanwhile, China opened up markets to Philippine agricultural products and pledged billions of dollars in credit and investments, mostly for infrastructure.

The economy grew by 5.7% in 2021 after a record 9.6% contraction in 2020 driven by prolonged COVID-19 lockdowns. The economic expansion slowed to 7.4% in the second quarter of 2022, from 8.2% in the previous three months. Rising inflation, particularly in energy and food, weighed on private consumption. Officials warn that growth may slow further in the second half of the year, threatening the full-year forecast of at least 6.5% growth in 2022. However, the Philippines is still on course to record one of Asia’s fastest-growth rates this year.

In August 2022, the central bank raised its benchmark interest rates by half a percentage point, the fourth rate hike this year aimed at cooling inflation. The Bangko Sentral ng Pilipinas (BSP) lifted the overnight reverse repurchase facility rate to 3.75%, up from just 2% in March. In September, the governor of the BSP, Felipe Medalla, signalled the BSP was ready for three more quarter-point increases to interest rates, depending on the pace of the Federal Reserve’s monetary tightening.

The central bank is seeking to control above-target inflation and also support the peso, which has lost more than 10% this year to become the third-worst performer in Asia. Medalla anticipates that inflation may peak in September, before decelerating closer to the mid-point of a 2%-4% target band in the middle of next year. Inflation hit a near four-year high of 6.4% in July 2022.

A nearly two-year ban on foreign travellers was lifted in early February as the Omicron surge eased. The move should provide a welcome boost to tourism and the economy. Tourism contributed 12.7% of GDP and generated 5.7 million jobs in the pre-pandemic year of 2019.

The profitability of the Philippines’ large banks will be sustained in the second half of 2022 on the back of better net interest margins due to recent policy rate hikes, following a robust improvement in the first half of the year, driven by a strong recovery in the economy and loan growth, Fitch Ratings reported in August 2022.

Fitch added that while high inflation and the central bank’s monetary policy response are likely to dampen loan demand for the rest of the year, banks should see improved margins as loans are repriced, which will sustain healthy revenue growth for the full year. Fitch believes the large banks are in a good position to weather incremental asset quality weakness resulting from higher interest rates over the next 12 months, supported by their loan loss buffers. The ratings agency has maintained its improving outlook on the banking sector. 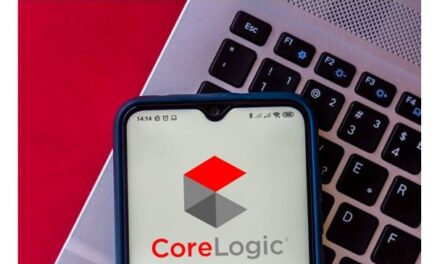 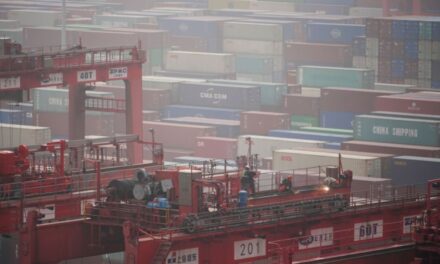