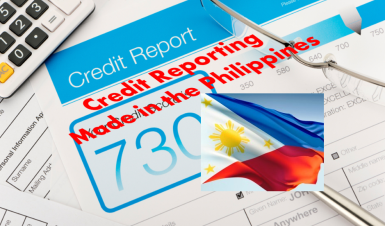 State-operated Credit Information Corp. (CIC) has ordered telecommunications firms to submit subscribers’ basic credit data by year end in order to come up with a centralized and comprehensive credit information system in the country. Telecommunication companies must submit by Dec. 31 data subject and contract data.

This is a great win for Transparency, Financial Inclusion and for Economic Growth in the Philippines.

“The CIC has determined that telecommunications companies are within the purview of the law (Republic Act No. 9510) whose data is relevant for determination of creditworthiness and in making credit decisions,” CIC president Jaime Casto Jose P. Garchitorena said in a June 3 circular.

The said data refers to telco subscribers’ “data elements, relevant contract details, all and payment behaviors generated by a telecommunications company subscriber in connection with the availment of products and/or services” from a telco company, Garchiterona explained.

Moving forward, they must completely and regularly update subscribers’ subject and contract data no later than the fifth day of every month, according to Garchitorena.

Under the law, credit bureaus or SAEs are defined as “duly accredited private corporations engaged primarily in the business of providing credit reports, ratings and other similar credit information products and services.”

According to the CIC, credit bureaus are “deemed essential to the proposed credit information ecosystem as they create innovative value-added products and services, such as credit scoring and analytics.” Credit scoring or rating determines borrowers’ creditworthiness.