Latest Update on Data Protection in the UK 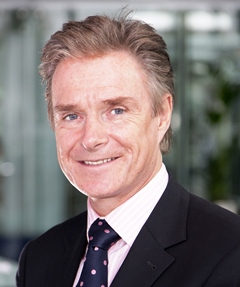 Mike Bradford, BIIA’s contributing editor on the subject of data protection and privacy has published his latest newsletter with the following topics:

In this conjunction the case of the Verso Group (UK) Limited is of interest:

The Verso Group (UK) is a firm trading in people’s personal information and describing itself as ‘the UK’s Premier Lead Generation Provider’ has been fined £80,000 by the Information Commissioner’s Office (ICO).  Verso Group (UK) Limited failed to comply with data protection law because it was not clear with people about what it was doing with their personal information.  This is the first fine to be issued following a wider investigation by the ICO into the data broking industry.

James Dipple-Johnstone, ICO Deputy Commissioner – Operations said:  “We have concerns about the impact of invisible data processing on UK citizens and are currently looking at the data broking industry including how businesses trade and use personal data behind the scenes.”

The ICO discovered Verso had supplied personal data for direct marketing to Prodial Ltd, which received a record fine for making 46 million nuisance calls and to EMC Advisory Services Ltd also fined by the ICO for making unsolicited calls. This prompted a separate ICO investigation into Verso’s data trading practices.

The Hertfordshire-based business generated leads by contacting people in the UK from two overseas call centres. Personal data was gathered from what telephone operators described as surveys, but were in fact lead generation calls. Other practices included buying in data from various firms to be packaged up to sell on to companies for use in direct marketing without the correct consent required.

To read the latest newsletter click on this link:  Regulatory Strategies Newsletter – December 2017