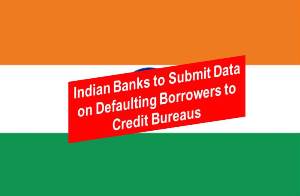 The Reserve Bank of India has advised banks and financial institutions to submit data on defaulting borrowers from December 2014 onwards to Credit Information Companies (CICs) and not to the RBI.

Releasing this information, obtained through a portal complaint, Delhi-based Right to Information activist Subhash Chandra Agrawal said recently that it is significant to note that the RBI has not so far complied with the Supreme Court order of December 12, 2015, in the RBI vs PP Kapoor (Civil 94 of 2015) case, where it wanted the RBI to make public details of the top 100 loan defaulters among industrialists.

The details required including the names of the businessmen, firm name, principal amount, interest amount, date of default, and date of availing the loan.

In a June 24 letter addressed to Agrawal in response to his PG Portal complaint dated April 24, the RBI said it has submitted to the Supreme Court a list of defaulters above ₹500 crore in a sealed cover and claimed that the said information is confidential and requested that it may not be revealed to the public.

The matter is still under consideration of the Supreme Court.