Loan restructuring to stem runaway rise in NPAs this fiscal

The Reserve Bank of India’s (RBI) move on one-time loan restructuring will help soften the Covid-19 pandemic’s impact on the asset quality of banks. Sans this, gross non-performing assets (NPAs) could have touched a two-decade high of 11.5% by the end of this fiscal, but will now likely print considerably below that level.

The central bank has permitted relaxations for corporate loans under the June 2019 Prudential Framework on Resolution of Stressed Assets. These will benefit borrowers in most categories. Indeed, in a first, the restructuring option has been extended to retail borrowers as well, given that many of them may face challenges in servicing debt owing to salary cuts and job losses.

Micro, small and medium enterprises (MSMEs), which have been substantially affected by the pandemic-led disruptions, have also got relief in the form of a three-month extension in the existing restructuring scheme, i.e. till March 31, 2021.

The major beneficiaries, though, will be sub-Rs 500 crore corporate exposures and retail exposures, which were earlier expected to see the highest increase in NPAs in percentage terms. The debt at risk in these segments – or loans at risk of slipping into NPAs this fiscal unless restructured by banks – is a sizeable Rs 3 lakh crore. 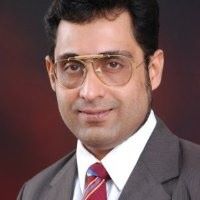 Says Krishnan Sitaraman, Senior Director, CRISIL Ratings, “In the corporate segment, the situation today is different from the previous asset quality stress cycle, which started four years ago. Last time, the NPAs came primarily from bigger, chunkier accounts, whereas this time, an analysis of the top 100 exposures of our large, rated banks reveals that following a period of consolidation and deleveraging, these entities are likely to be better-positioned to withstand the current challenges. The key beneficiaries of the RBI’s measures, though, will be small and mid-sized accounts, which are far less resilient in the current situation.”

CRISIL’s analysis of the credit profile of banking sector exposures over Rs 25 crore bears this out. The study, covering ~14,000 companies that constitute over 75% of the overall corporate portfolio of banks, shows that the debt at risk in corporate loan accounts with exposure less than Rs 500 crore is ~Rs 2 lakh crore. As a proportion of loans outstanding in this segment, it is ~5 times that for larger corporate loan accounts with exposure more than Rs 500 crore.

Further, the retail segment, which was considered a safe haven for banks in recent years, is witnessing significant pressure, given the stress being faced by salaried as well as self-employed borrowers. While home loans, the largest secured segment, would be less at risk owing to the psychological attachment of Indians to the homes they live in, and the priority they accord to repaying home loans, this does not hold for segments such as unsecured loans. The total debt at risk in the retail segment is estimated to be ~Rs 1 lakh crore.

Asset quality in the MSME segment, which is among the most vulnerable, is already benefitting from the restructuring scheme that was in force till December 31, 2020, as well as measures such as the Rs 3 lakh crore Emergency Credit Line Guarantee Scheme. With the proposed extension of the restructuring scheme, the reported gross NPA for the segment is, therefore, unlikely to see much of an increase vis-à-vis March 2020 levels.