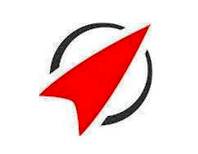 Rocket Internet, one of the most anticipated European tech listings since the dotcom bubble, disappointed on its Frankfurt debut amid investor concern about its ability to create successful ecommerce start-ups.  Shares in Rocket shed 12.9 per cent to €37, the second worst start to trading for any initial public offering raising more than $500m in Europe or the US in five years.

Investors are concerned about the lack of profits at the most mature companies in which Rocket has invested and that the group is too dependent on chief executive Oliver Samwer. There are also fears over political risks in emerging markets such as Russia, India and Africa, where Rocket groups are active.

Notwithstanding the share launch jitters, the Samwer brothers appear not to be too troubled about the less than perfect launch.  They are aiming high and are taking a long-term perspective.