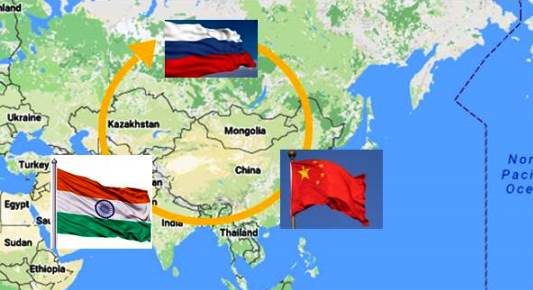 The Forum’s official programme was developed in collaboration with over 500 leading experts from Russia, Europe, the United States, Asia, and Australia – including academic institutions, development organizations, and business community from all over the world.

The global economy in search of a new balance was the key theme for discussions in the global pillar of the Forum’s business programme.  The industrial revolution 4.0 and its impact on the global economy were among the key topics discussed at the Forum. A new digitalization programme has been approved by the Russian government whereby three sectors with a potential for the most impact have been selected for the state’s active involvement – public administration, smart cities, and healthcare.

The main topic for the discussions concerning the Russian economy was Russia’s economic development strategy under the new conditions. An understanding of the need to ensure ‘quality growth’ has replaced the previous era of basic commodities led economy and high economic growth rates. Economic sanctions against Russia have provided a major impetus for the process of import substitution.

Special attention on the agenda was devoted to China and India. Asia is gradually becoming center of global development, and it is more than ever important for Russia to stand in with this region both in policy and trade relations.  With 11 time zones to content with Russia geographic foot print spans half the world and thus it is not surprising that Russia’s focus is turning to its southern neighbors (geographically speaking).

China supplies a broad list of products to the Russian market: various equipment and machinery, clothing, toys, fabrics. Exports from Russia to China are largely commodity based with oil and oil derivatives, processed and raw timber taking the lead.

Distinctive feature of the Indian export is the supply of pharmaceutical products as well as tea, tobacco, coffee, extracts and essences from plants growing in humid temperate climate. In its trade with India, Russia specializes in hi-tech goods, first of all, armament. India also procures nuclear fuel elements from Russia particularly to continue the second construction step of Kudankulam Nuclear Power.

According to the Information and Analytical System Globas-i® https://globas.credinform.ru/en-GB/home/auth, there are currently approximately 790 Chinese majority owned companies.  The largest joint ventures represent various industries, such as telecommunications, gas filling stations, real estate, and auto sales. While the EU authorities artificially limit the contacts of its business community with Russia, Chinese investors actively seek out investments in the Russian market.

As for India, currently there are approximately 60 companies registered in Russia involving Indian investors.  Cooperation capacity is obviously not fully utilized here. The largest of these companies are mainly engaged in production of pharmaceuticals and agriculture sector.  India and China are competing for business with Russia.

The SPIEF’17 has also demonstrated this fact with a number of major agreements signed with China and India, particularly in the atomic energy and chemical industries.