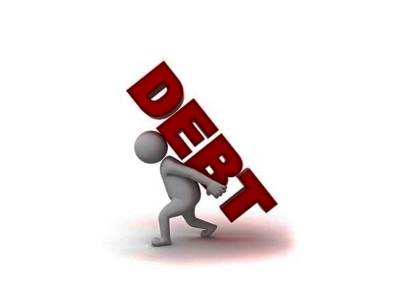 The Russian Government is reconsidering the idea to launch a bank for bad debts. Such a financial institution will buy distressed assets of banks as well as debts of corporations. The new institution will become a brand new instrument created for resolution of debts that are classified as difficult to collect. In Europe and in the USA similar financial institutions have been operating in capital markets for a long time.

As of March 1st, 2015, the volume of Russian consumer loans, with more than 90 days overdue repayment rate, amounted to EUR 13.8 billion (8.9% of loans granted to natural persons). Within a year the number of overdue consumer loans increased by 52.7%. The overdue liabilities grew quicker than loan portfolios of banks.

As of April 1st, 2015 the total overdue debt (loans granted to corporations and sole proprietors in Russia), amounted to EUR 19.3 billion (annual increase by 44.7%).

Today the sale of the distressed debts to collection agencies or the additional funding of a bank or corporation capital by the State or a private investor are the basic mechanisms for removing these debts from the balance sheets of banks. Restructuring of banks with the assistance from other credit organization is also used in some cases.

The volume of bad debts offered for sale to collection agencies increased in the 1st  quarter 2015 almost by a factor of 6 and amounted to EUR 2.7 billion. An increase in supply leads to the falling price at which collectors are ready to buy debts: 1.2% of nominal value against 1.6% in 2014.  In 2013 bad debts were selling at 2.7% of nominal value. Despite the lower price, debt collectors hardly showed any interest in buying debts – transaction volume has declined in comparison with the 1st quarter 2014.

The sale of debts allows banks and corporations to “clean” balances completely and facilitate the quick recovery of their funds.

If it is impossible to sell the debts, banks have to apply to the State asking infusion of budget funds. Credit institutions can’t solve the problems by themselves because of the severe interest-rate policy of the Central Bank of Russia. It is still an open question whether the Government could buy the bad debts of all of the banks. Considering the difficulties with increasing the budget, the None-Top-100 banks will be in the wilderness with their debts. Bad assets will accumulate on banks’ balance sheets and thus have a negative impact on their financial strength. This is the primary reason for the creation of a bank for bad debt.  Such announcement came as a part of the Russian