Salesforce.com to Use Alibaba’s Cloud to Sell Software Products In China 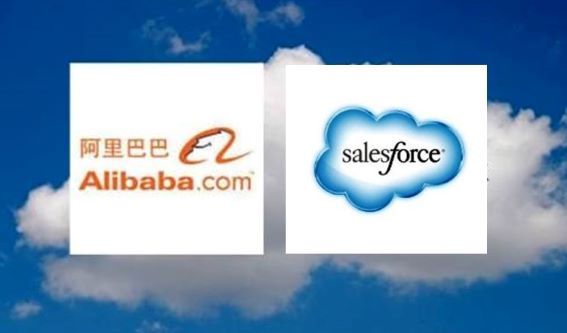 Salesforce, the top seller of software for managing customer relationships, wants to more than double its annual revenue to as much as $28 billion by fiscal 2023, but has recently seen slowing growth. The company has expanded internationally, announcing investments and hiring throughout Europe and the Asia-Pacific region.  Salesforce previously had a limited presence in China. Multinational customers were asking for support wherever they do business, according to the statement. Rival Oracle Corp. has reportedly been shedding workers in China, and the company’s co-founder, Larry Ellison, said in October it’s important for the U.S. tech industry and military to beat China.

Alibaba’s $3 billion cloud services arm is fast becoming an important driver of its global expansion. The e-commerce giant widened its lead over Amazon.com Inc. and Microsoft Corp. in Asia’s cloud-computing market in 2018, according to Gartner, which in turn helped it narrow its global gap with those two rivals.  In China, Alibaba’s cloud business commands more than half the market, which is estimated to grow 55% to $331.2 billion in three years, according to Gartner. Alibaba’s cloud business has been generating triple-digit revenue growth over the past three years, outpacing the industry.

Gartner estimates that Alibaba last year accounted for almost 20% of the market in Asia for two forms of infrastructure cloud services. Globally, Amazon leads with more than 30% to Alibaba’s 4.9%.