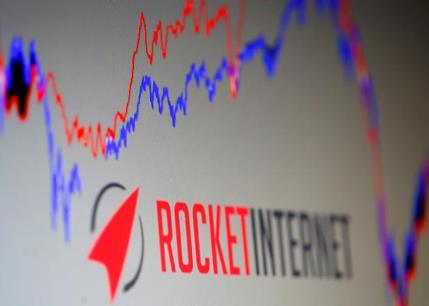 Shares in Rocket Internet (RKET.DE) fell as much as 14 percent on 2017-02-23 after major investor Kinnevik (KINVb.ST) sold half its stake in the German e-commerce company as the two increasingly becoming competitors.  Sweden’s Kinnevik, which clashed with Rocket last year over the valuations of some of their joint investments, sold a 6.6 percent stake in Rocket at 19.25 euros per share late on Wednesday, netting 209 million euros ($220 million).

Founded in 2007, Rocket has built up dozens of businesses from fashion e-commerce to food delivery, but many investors have become concerned over heavy losses and falling valuations for its key start-ups. Kinnevik was one of its first investors and, until the sale, was its biggest shareholder after the Samwer brothers who founded it.

Rocket’s shares slumped last year after it was forced to cut its valuations for two of the ecommerce sites it jointly holds with Kinnevik – Global Fashion Group and Home 24 – as part of new funding rounds.  Joakim Andersson, who took over in December as acting chief executive of Kinnevik, which has become one of Europe’s most prominent backers of tech companies, said the stake sale was part of a move to slim down its holdings.  He declined to comment on Kinnevik’s plans for its remaining 6.6 percent stake beyond a 90-day lock-up period to which the company committed. Some analysts expect further sales.