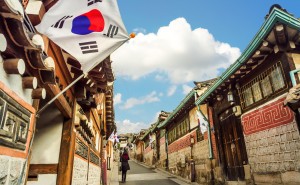 A new report undertaken by the Bank of Korea recommends that the central bank monitor developments in the blockchain space and even undertake its own research into the technology.

Authored by Dong sup Kim of the bank’s Payment Systems Research Team, the paper sets out by introducing cryptocurrencies and distributed ledgers before attempting to predict the future for the technology.  Regarding digital currencies, the report does not see these applications of the technology becoming widely used anytime soon.  Citing high price volatility, technical complexity, the risk of hacking or the loss of private keys by end-users, the report predicts:

“[I]t is not very likely that digital currencies will grow to such level as to replace or pose a serious threat to legal tender or other major payment instruments. “

However, it struck a more positive tone when discussing the use of distributed ledgers in the financial sector.

Call for cooperation & development of a comprehensive and flexible regulatory system

The report adopts the popular view that blockchain technology has the potential to disrupt the financial market infrastructure and intermediaries, as well as central banking. For the future, the paper recommends that the central bank closely monitors the development of distributed ledger technology by domestic as well as global financial institutions and startups. Furthermore, “in-depth research shall be conducted, with a focus on the application of distributed ledger technology”.

The document concludes by saying that government and regulator also have their role and, while addressing risks, they should create a “comprehensive and flexible regulatory system”, so as not to hinder innovation.