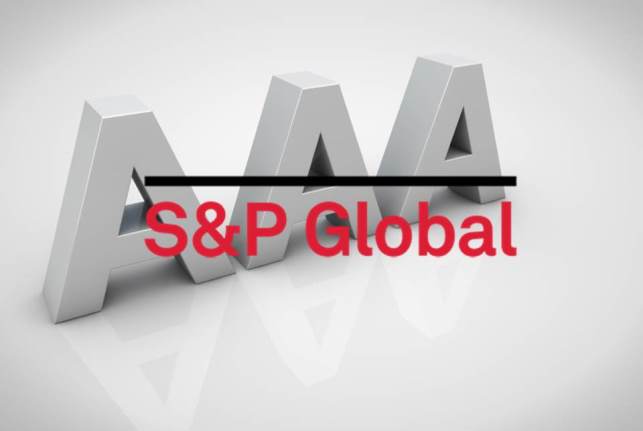 Net income decreased 16% to $410 million and diluted earnings per share decreased 14% to $1.65 as gains from a lower tax rate and lower share count were more than offset by a $113 million pre-tax, non-cash charge associated with the frozen U.S. defined benefit pension plan due to a partial pension risk transfer to an insurance company.

“The markets have come a long way since the depths of December as they began to stabilize in the second week of January,” said Douglas L. Peterson, President and Chief Executive Officer of S&P Global.  “We don’t let market disruptions interfere with our business plans.  During the quarter we continued to execute on our strategic investments – fueling new product launches, technology projects, and improved productivity across the Company as we continue to Power the Markets of the Future.”

The Company has added to its suite of ESG products with two important launches.  S&P Dow Jones Indices (S&P DJI) is launching a global family of ESG indices utilizing S&P DJI ESG scores.  Based upon the iconic S&P 500®, the first to launch was the S&P 500® ESG Index.  In addition, S&P Global Ratings launched ESG Evaluations – a cross-sector, relative analysis of an entity’s ability to operate successfully in the future and optimize long-term stakeholder value in light of its natural and social environment and the quality of its governance.

Profit Margin: The Company’s operating profit margin decreased 40 basis points to 44.9% primarily due our investment in artificial intelligence and analytics through the acquisition of Kensho in April 2018. The adjusted operating profit margin increased 40 basis points to 47.3% primarily due to the 460 basis point improvement at S&P Global Market Intelligence and because the first quarter of 2018 included a $20 million contribution to the S&P Global Foundation. 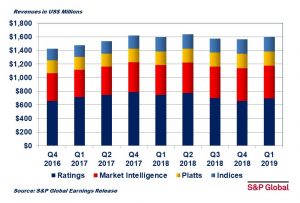 Revenue increased 2% to $217 million in the first quarter of 2019 due primarily to a 9% gain in asset-linked fees and a 28% increase in Data & Custom Subscriptions, partially offset by a 32% decline in exchange-traded derivative fees. 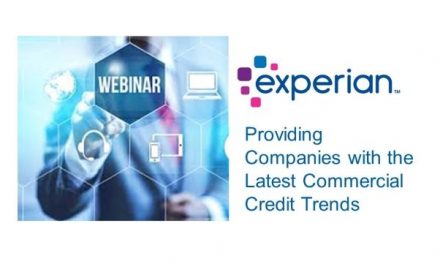 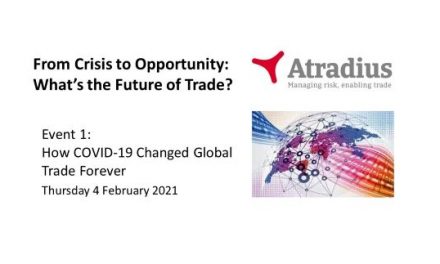 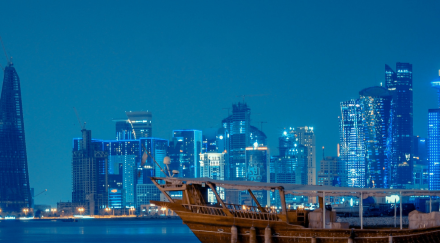