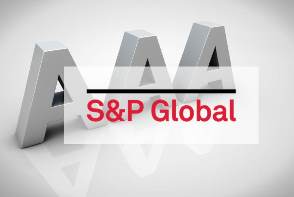 Fourth quarter net income increased 117% to $537 million and diluted earnings per share grew 125% to $2.05.  Adjusted net income for the quarter increased 10% to $334 million due to strong revenue growth and successful productivity efforts partially offset by higher taxes.  Adjusted diluted earnings per share increased 14% to $1.28 bolstered by a 4% reduction in fully diluted shares outstanding.  The adjustments in the fourth quarter were primarily related to net gains from business divestitures partially offset by increased legal reserves and expenses related to the early retirement of the 2017 notes.

Dividend:  On January 25, 2017 the Board of Directors of S&P Global approved the regular quarterly cash dividend on the Company’s common stock.  The quarterly dividend will increase 14% from $0.36 to $0.41 per share. The dividend will be payable on March 10, 2017, to shareholders of record on February 24, 2017.  The new annualized dividend rate is $1.64 per share and has increased at an average compound annual growth rate of 9.6% since 1974. The Company has paid a dividend each year since 1937 and is one of fewer than 25 companies in the S&P 500 that has increased its dividend annually for at least the last 44 years. 4th Quarter, 2016:  Revenue decreased 11% to $595 million in the fourth quarter of 2016 due to the sale of J.D. Power, the SPSE/CMA pricing businesses, and Equity and Fund Research.  Excluding revenue from these divestitures, organic revenue growth was 8%.  Quarterly operating profit increased 275% to $530 million and operating margin improved 6,790 basis points to 89% primarily due to gains from divestitures.  Adjusted operating profit increased 8% to $206 million and adjusted operating margin improved 600 basis points to 35% due to gains at both Market Intelligence and Platts including outstanding progress on the $100 million Market Intelligence synergy target.

4th Quarter, 2016:  Revenue increased 13% to $171 million in the fourth quarter of 2016.  Revenue increased primarily due to AUM growth in ETFs, data subscriptions, and derivatives trading activity.  Average AUM in exchange-traded funds based on S&P DJI’s indices was $954 billion in the quarter, an increase of 19% versus the fourth quarter of 2015.  By year-end, AUM surpassed $1 trillion, marking a new milestone for the business.