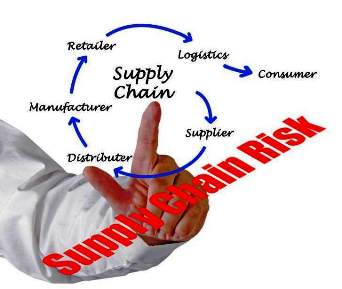 Nearly a quarter of respondents to a survey claimed their organization had suffered losses of at least €1m ($1.25m) during the previous 12 months (up from 15 percent last year) as a result of supply chain disruptions, according to a report from the Business Continuity Institute. Slightly more than 13 percent suffered a one-time disruption that cost in excess of €1m (up from 9 percent last year).  The study also showed that 40 percent of respondents claimed their organization was not insured against any of these losses while 20 percent were only insured against half of these losses.  76 percent of respondents had experienced at least one supply chain disruption during the previous 12 months, yet a quarter of respondents (28 percent) still had no business continuity (BC) arrangements in place to deal with such an event.

Supported by global insurer Zurich, the report concludes that supply chain disruptions are costly and may cause significant damage to an organisation’s reputation. While the survey results indicate a growing awareness of BC and its role in ensuring supply chain resilience, many organisations have yet to improve on their reporting and BC arrangements. While budgets for business continuity and ensuring supply chain resilience are often slashed in favour of other priorities, this study demonstrates why this often might not be a wise course of action. With the growing cost of disruption worldwide and the potential reputational damage caused as a result of failing to have appropriate transparency in the supply chain, investments in this area are essential and can spell the difference when disaster strikes.

Further findings from the report include:

Lyndon Bird, technical director at the BCI, commented: “Should we be alarmed by some of the figures revealed in this survey?  Perhaps so. Should we be surprised by them?  Probably not.  As long as organisations are failing to put business continuity mechanisms in place, and as long as top management is failing to give the issue the level of commitment it requires, supply chain disruptions will continue to occur and they will continue to cost the organisation dearly. In our globally connected world, these supply chains are becoming ever more complex and more action is needed to make sure that an incident in one organisation doesn’t become a crisis for another.”