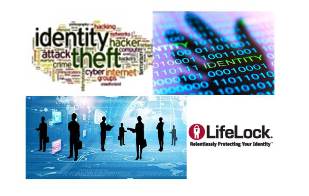 Symantec Corp. (NASDAQ: SYMC) and LifeLock, Inc. (NYSE: LOCK) today announced that they have entered into a definitive agreement for Symantec to acquire LifeLock for $24 per share or $2.3 billion in enterprise value. The deal, which was approved by the boards of directors of both companies, is expected to close in the first calendar quarter of 2017, subject to customary closing conditions including LifeLock stockholder approval.

In the last year, one third of American citizens and over 650 million people globally were the victims of cybercrime. Consequently, more and more consumers are concerned about digital safety, an estimated $10 billion market growing in the high single digits. In the United States alone, the estimated total addressable market is 80 million people.

Symantec’s acquisition of LifeLock brings together the #1 leader in consumer security with a leading provider of identity protection and remediation services. The combination will create the world’s largest consumer security business with over $2.2 billion* in annual revenue based on last fiscal year revenues for both companies.

Symantec expects to finance the transaction with cash on the balance sheet and $750 million of new debt. Symantec’s board of directors has also increased the company’s share repurchase authorization from approximately $800 million to $1.3 billion, with up to $500 million in repurchases targeted by the end of fiscal 2017.

The transaction is subject to the satisfaction of customary closing conditions, including regulatory approval in the United States and LifeLock stockholder approval.

* Rounded down from $2.3 billion to $2.2 billion following first issue of this press release.