Talking about the Weather or Lacking Plain Economic Facts 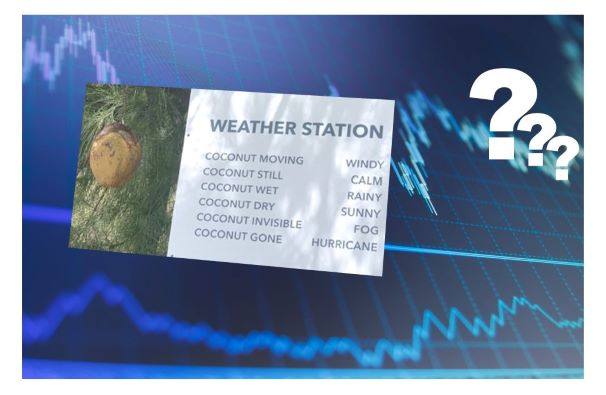 According to a recent Financial Times Article all of a sudden, everyone on Wall Street is talking about the weather. With the war in Ukraine and policy tightening by the US Federal Reserve making financial forecasting harder than usual, JPMorgan Chase chief executive Jamie Dimon has focused on the heavens by employing meteorological metaphors to make sense of the economic turbulence.

The head of the largest US bank by assets kicked off the discussion last week when he said at the company’s investor day that he saw “big storm clouds” on the economic horizon that had yet to reach hurricane strength. “They may dissipate. If it was a hurricane, I would tell you that,” Dimon said, adding: “They may not dissipate, so we’re not wishful thinkers . . . We can handle all of that.” By Wednesday, Dimon’s forecast appeared to have grown gloomier. “I said they’re storm clouds, they’re big storm clouds here. It’s a hurricane,” he said at a conference organised by Autonomous Research. “That hurricane is right out there down the road coming our way. We just don’t know if it’s a minor one or Superstorm Sandy . . . and you better brace yourself.”

Bank of America chief executive Brian Moynihan picked up the theme hours later on Wednesday when he was asked at the same conference whether he was on “hurricane watch in terms of the economy”. “We’re in North Carolina,” said the leader of the Charlotte-based bank. “You’ve got hurricanes that come every year. So, we’re always prepared . . . we don’t have a choice.”

On Thursday, Goldman Sachs president John Waldron took on the severe storms question without prodding when asked for his view of the macroeconomic backdrop. “I’m going to try not to use any weather analogies,” he said to laughter from the crowd, before adding: “This is among, if not the most complex dynamic environment I’ve ever seen in my career . . . The confluence of the number of shocks to the system, to me, is unprecedented.”

Bill Demchak, a former JPMorgan banker who is now chief executive of PNC, a US bank with about $540bn in assets, told the conference he had “no weather forecasts” but was also bearish about the economy. “I don’t see any possible outcome other than a recession,” he said. “I don’t think it’s going to be the hurricane. I think we’re going to have a slowdown.”

McKinsey wrote in a recent paper about ‘War in Ukraine – twelve disruptions changing the world’, which included ‘financial-system effects unpredictable’ with possible credit losses.  The twelfth factor being:  ‘Volatility, volatility, volatility’ with geopolitics is now seen as the biggest risk for growth!

To sum it up: Dr. Henry Kissinger stated in an interview in early May with the Financial Times: “We are now Living in a totally new Era”