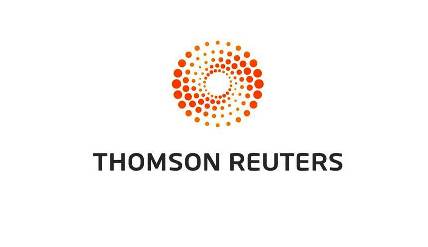 Disruption could be an opportunity for businesses, say 78% of Asian businesses, according to a new survey by Thomson Reuters.  At the same time, at 51%, Asia recorded the highest proportion of respondents who said that technology disrupters could be a direct threat to their business model; with 42% of European and 47 % American businesses saying likewise.

Thomson Reuters asked 452 survey participants in Europe, Asia and the Americas for their opinion on which disrupting forces would have the greatest impact on their businesses in the next 25 years.   Globally survey respondents cited automation (where machines and computers undertake work traditionally undertaken by humans) as the disruptor that would have most impact on their business, with 51% of global respondents naming this, followed by regulation/policy (43%), people issues (38%), and other technology not yet available (38%) Data was gathered on a global and regional basis; results showed similarities and disparities:

There were interesting similarities and disparities when asked what might be the most likely cause for conflict in the next 25 years.   Interestingly, considering the different political traditions and histories of the three regions, over 70% on average in Asia, Europe and the Americas, said that social unrest could be a cause for conflict; Asia’s result though was the highest, at 79%.

Asian and American respondents both said immigration could be a likely cause, at 43% and 46%, while over half of Europeans, 54%, said likewise, potentially reflecting recent challenges in Europe.

But there were differences when it came to natural resources being the cause for conflict.  Over half (53%) of Asians, but only 41% of Europeans and 43% of American respondents said water could be a cause for conflict.  Most starkly, 46% of Asian respondents said that food could be a likely cause, while only 30% of European and Americans said likewise.

Peccarelli added: “Although change can be frightening, there are many global opportunities for companies if they choose to embrace progress and innovation. For example, with tax technology, a multinational company can achieve consistency across geographical borders, languages and cultures – and that can decrease risk and increase transparency – helping them keep up with the increasing regulatory demands.”

This survey was aimed at accounting professionals that are members of the Association of International Certified Professional Accountants (AICPA); the survey is followed by three exclusive roundtables in London, New York and now Singapore.